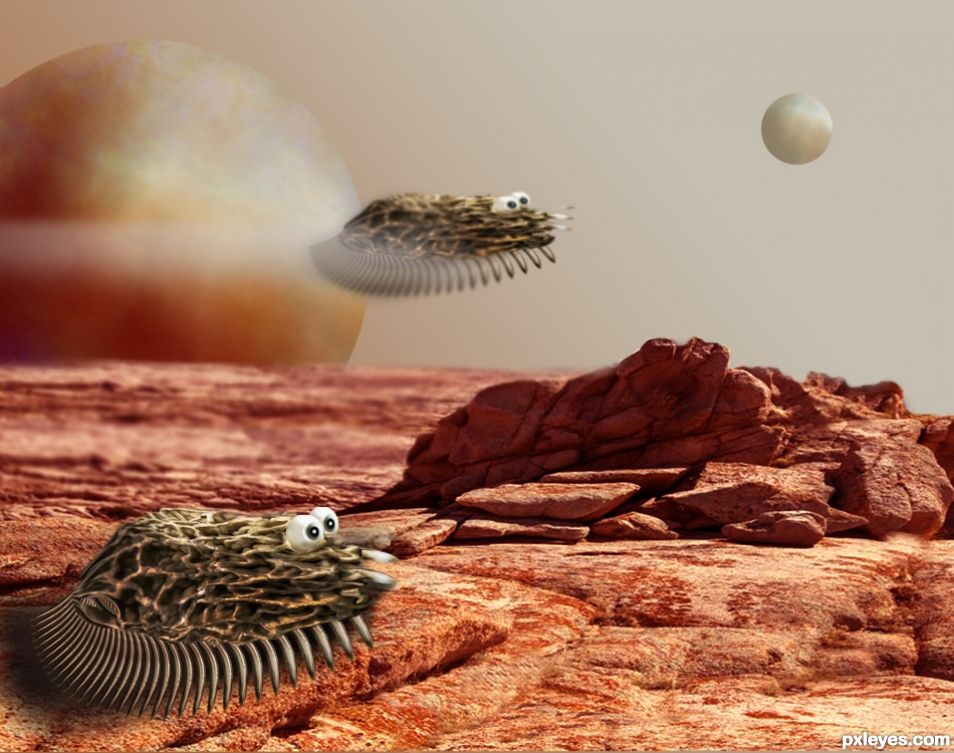 Scientists are surprised with the recent discoveries of new planets and water in Mars. They also discovered a new life on planets where they thought it would be impossible to live. A new planet Earth like was found in our solar system, the called Planet X-2035, they also witnessed the movement of the first alien creatures living in that planet. They were happy to have found them, what they do not know is that those creatures could be the extermination of human kind. They are called Flatten Entities X-2035, they have the ability to fly, and to crawl on the ground. They feed on particles of dust and small other live small creatures that scientist can not see yet. They are poisonous and carry a mortal virus with them. Touching them or breathing the gas they expel from their bodies is fatal. 5 minutes and a person will die. (4 years and 110 days ago)

Thanks my friend. They are not so friendly....

They are super cute

Are You Sure He Is Human? - created by George55 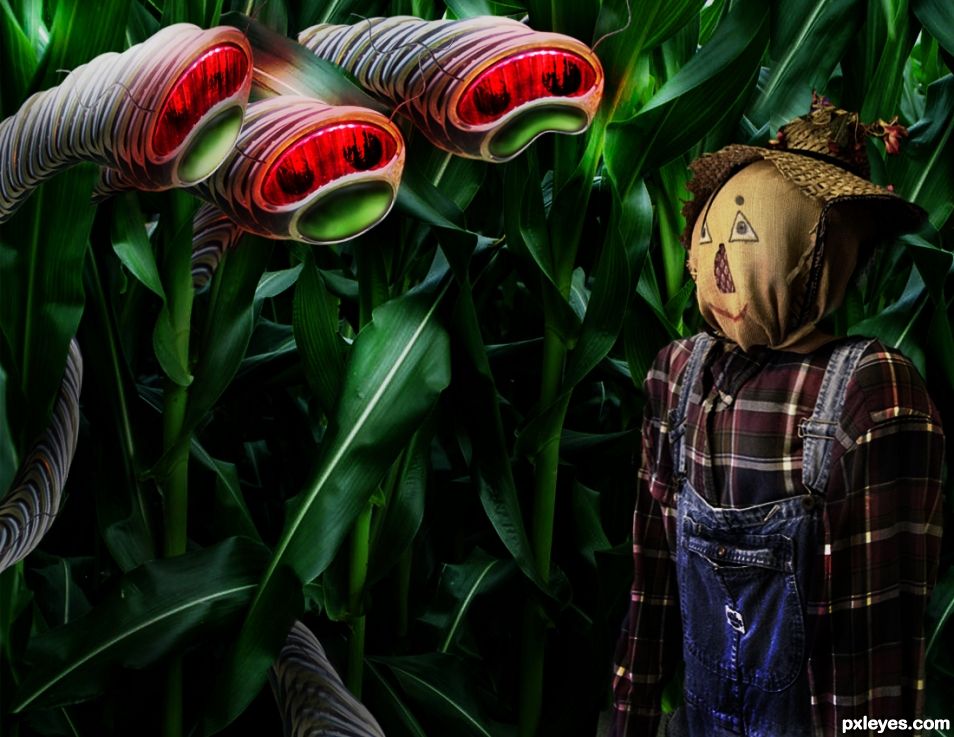 Alien life forms have been seen in the outskirts of town. No one dares to go out at night. It is the first time these alien form landed on Planet Earth, they do not know what a human being looks like.... (4 years and 133 days ago)

Nice work, It needs more dynamic lighting.. may be painting white color in overlay mode with low opacity soft rounded brush will work..( On the red light), play around and look for the better result.. Good luck author.

Thanks Anoop, I decided to take the red light off, just a little, and gave more light to the corn field. I think the image looks nicer. Thanks a lot for your help.

EEEEEKKKK!!!! War of the Worlds! (the original) hehehe

Thanks Driven, you got the idea. I love the original....

Good imagination, nice and creepy with a touch of humor.

I like the different expressions on their faces.
Good job and good luck!

Thanks my friend, I am learning a lot from your tips....

Into the New Forms - created by Drivenslush 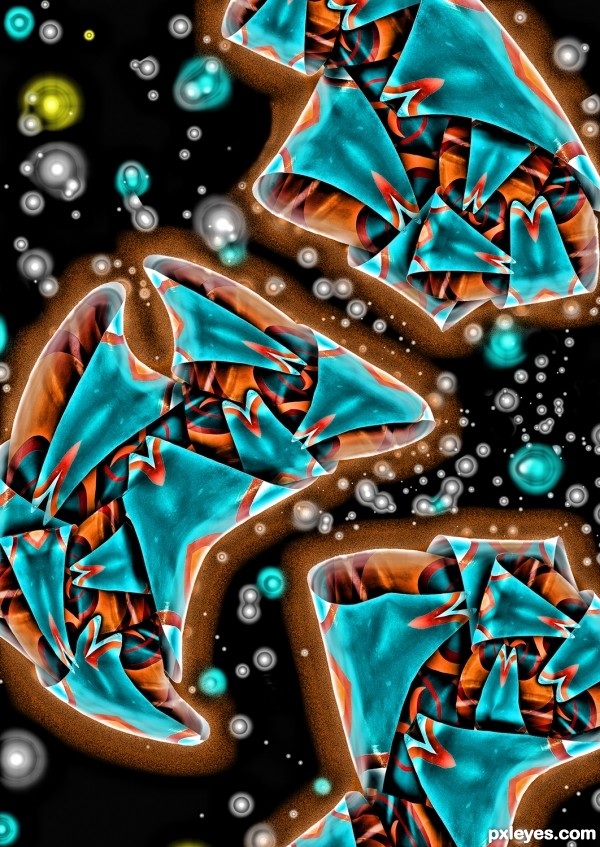 thanks to nighthawk101stock deviantart (5 years and 1684 days ago)

I can't see any of the original image?

this must be how things look when being drunk lol :P GL

This is definitely a unique entry as far as the theme is concerned. reminds me of Pop art. GL!