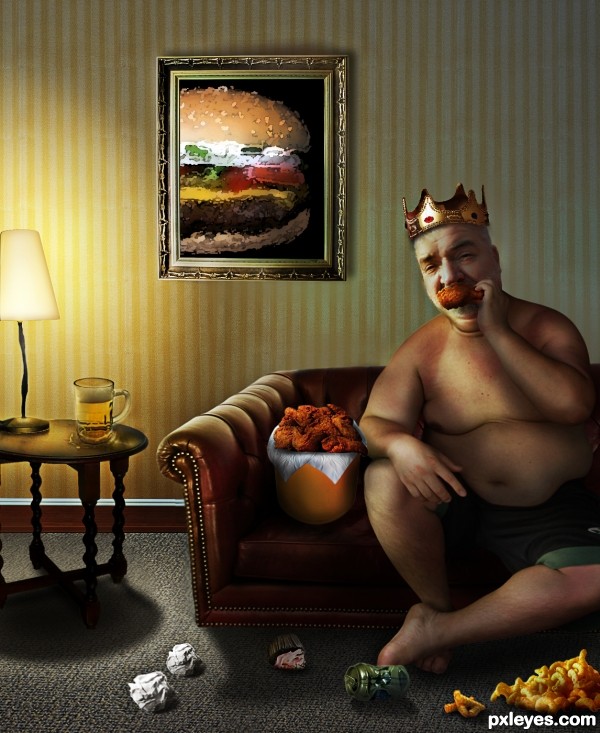 Derived from the Latin gluttire, meaning to gulp down or swallow, gluttony (Latin, gula) is the over-indulgence and over-consumption of anything to the point of waste. In the Christian religions, it is considered a sin because of the excessive desire for food or its withholding from the needy.[13]
Depending on the culture, it can be seen as either a vice or a sign of status. Where food is relatively scarce, being able to eat well might be something to take pride in. But in an area where food is routinely plentiful, it may be considered a sign of self-control to resist the temptation to over-indulge.
Medieval church leaders (e.g., Thomas Aquinas) took a more expansive view of gluttony,[13] arguing that it could also include an obsessive anticipation of meals, and the constant eating of delicacies and excessively costly foods.[14] Aquinas went so far as to prepare a list of six ways to commit gluttony, including:
Praepropere - eating too soon.
Laute - eating too expensively.
Nimis - eating too much.
Ardenter - eating too eagerly (burningly).
Studiose - eating too daintily (keenly).
Forente - eating wildly (boringly). (5 years and 2393 days ago)

author, quickly rethink the juggling man in the picture, he is a stock ILLUSTRATION not a photo, don't get this entry pulled for a silly mistake (I'm pretty sure it isn't allowed) you could easily just droste the whole image into it.. GOOD LUCK.. great entry

EDIT: (Great save, hate it when I see a great entry then POOF.. hehehe) awesome

better be safe than sorry...