He's back - created by Zizounai 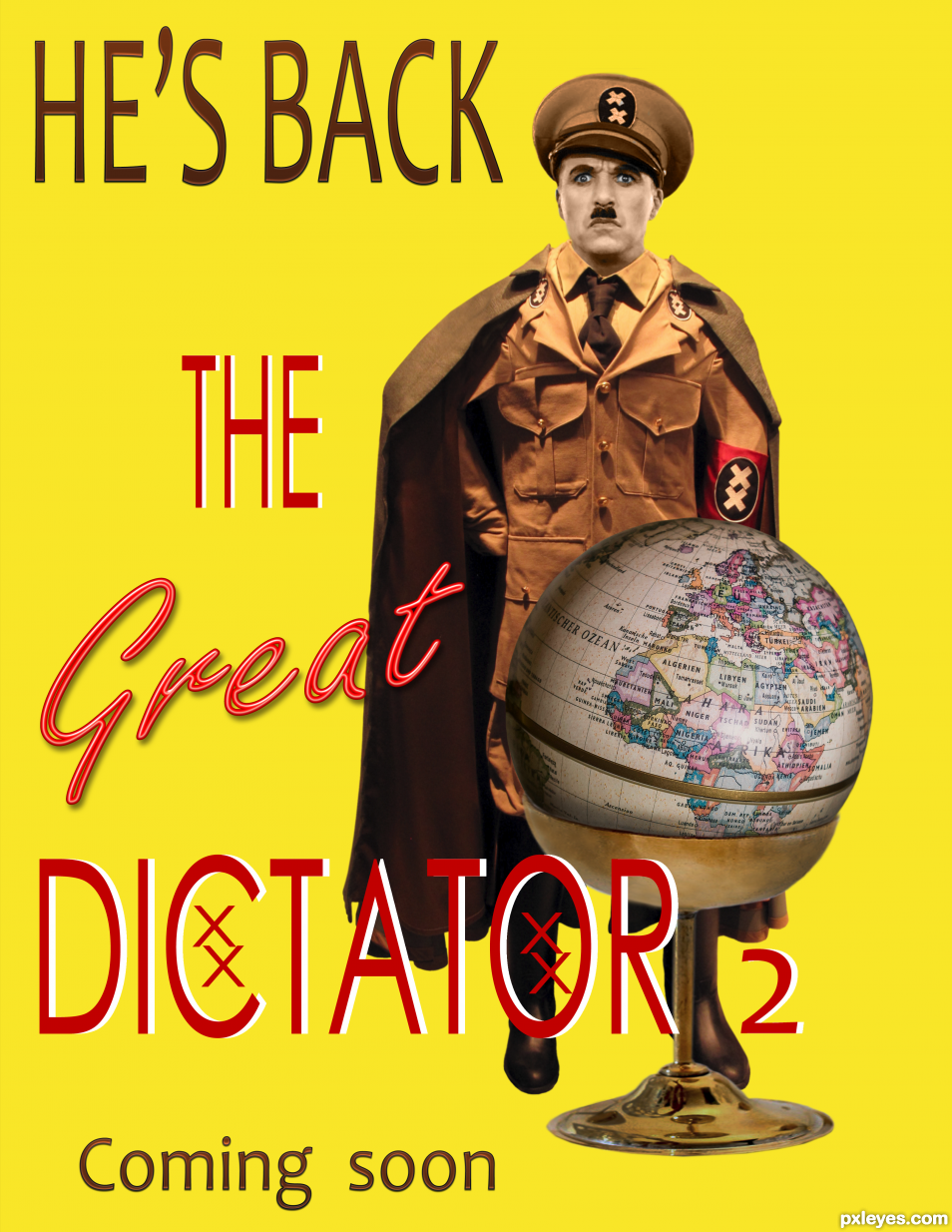 Only a suggestion (and because there is still time), you might want to consider not stretching the text and just enlarging it into the space. This would put it into the date line of the original film. (they didn't have photoshop back then hehehe). Also consider borrowing the XX from the uniform and placing it into the text where the xx are now text, this would lend to cohesion of the overall creation, along with creating a triangle within the image (old newspaper trick) which would make the eye bounce around the image without realizing it.

I would also suggest an old film filter, or even masking/blending/opacity a film debris over the image to give it an "antique" feel to further the idea. I know blurring the edges would be a bit over the top, but there are some filters that do that automatically (especially film noir filters). Really is a fun chop

and you don't have to change anything, I'm just giving you my insight

Oh thank you Ernest. I'm not sure I get everything you say. I just was inspired by this poster: https://en.wikipedia.org/wiki/The_Great_Dictator#/media/File:The_Great_Dictator.jpg
(because there are many)
I wish to keep it like it is I guess...

No problem, I was just pointing out some things that we used to do for full page Print Ads and street posters.

If you notice in the original poster, Charlie Chaplin is stacked upon itself to form a rectangle. If you put He's (four characters) Back (four characters) you make a rectangle, (He's Back forms a LONG rectangle).. little stuff like that to improve the cohesion of the image. There's plenty of fun stuff going on in this, and there is no need to change, I was just spit balling