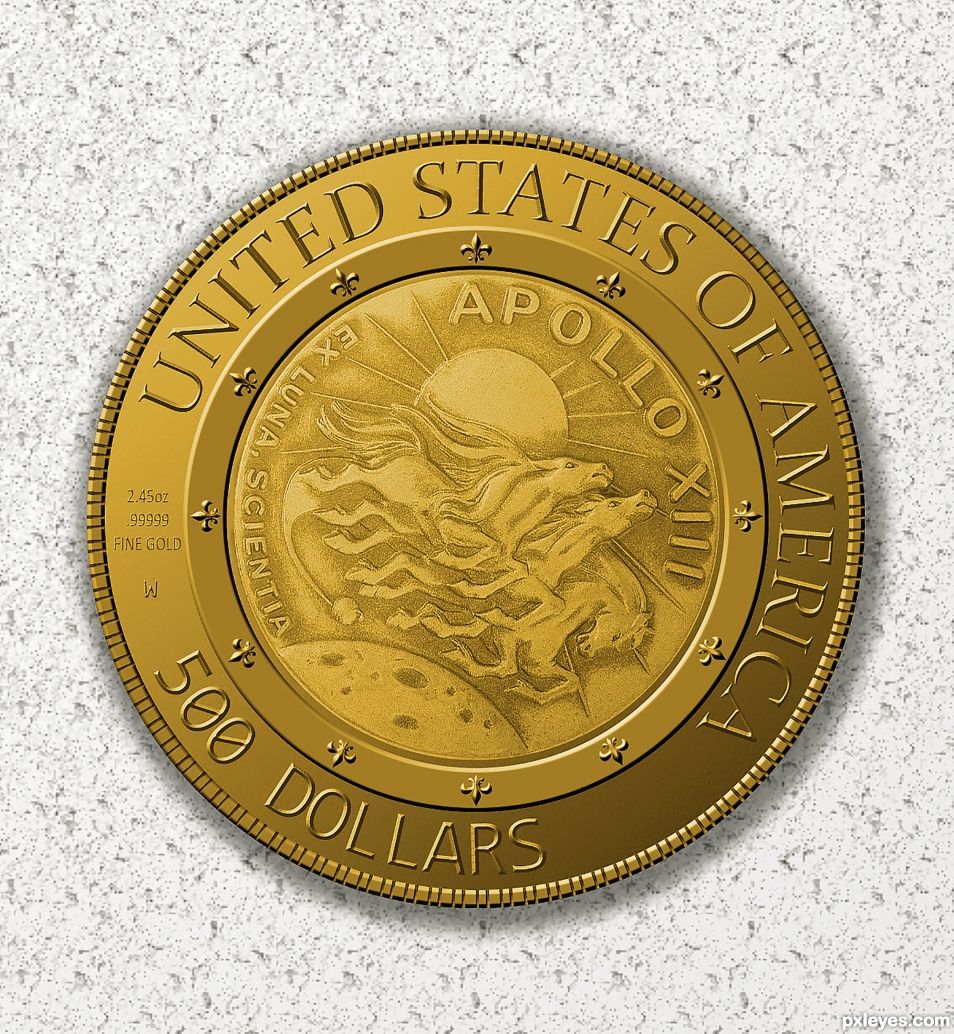 On April 11, 1970, Apollo 13 launched from the Kennedy Space Center, Florida, but the lunar landing was aborted after an oxygen tank exploded two days later, crippling the Service Module upon which the Command Module had depended.

Despite great hardship caused by limited power, loss of cabin heat, shortage of potable water, and the critical need to make makeshift repairs to the carbon dioxide removal system, the crew returned safely to Earth on April 17, 1970, six days after launch.

Although almost 2 years remain until that 50th anniversary, this is my attempt at commemorating that historic event, and paying tribute to the heroism and perseverance displayed by the crew of Apollo 13. (1 year and 357 days ago)

Excellent. I love it. It looks good enough to make a real coin from that design.

Thank you skyangel for the compliment and the fav.

You did a wonderful job!

Thank you very much George!.

Oh man this contest snuck up on me. I didn't even vote. Good work lchappell. Nice 1st place!!