He Remembers - created by still26 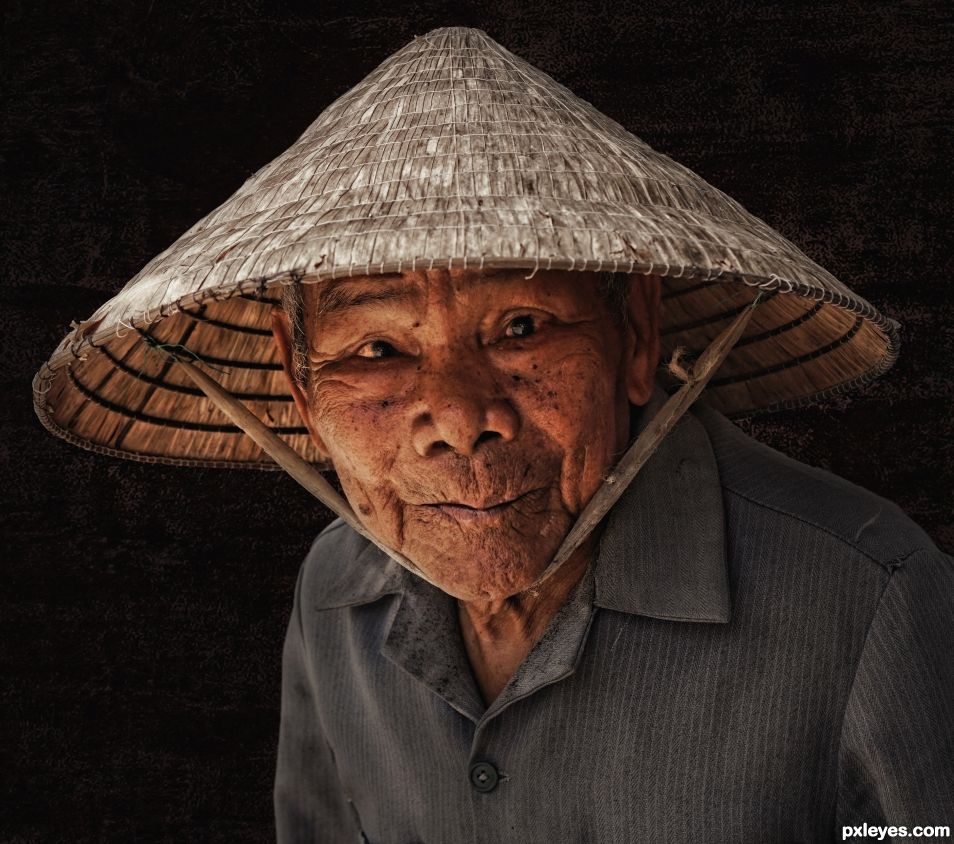 Portrait of elderly Vietnamese gentleman taken in Quan Ngai Province, near My Lai Massacre site where on March 16th l968 the U.S. Army soldiers from Company C, were ordered to kill and they did. It is estimated that 500 women, children, infants, men were massacred/gang raped/mutilated. 26 soldiers were charged with criminal offences. This massacre is known as "the most shocking episode of the Vietnam war".

Author, this is a photoshop contest.

I used software manipulation in this photograph. Took out the background , used textures. It is mixed media.

You have to post the original in a Step-by-step guide and show your process.

Please post all source links for your entry. Remember all sources must be free of copyright and links must show the image used along with the usage terms or license for that image.

If you're using your own image as source post the original image uncut and unaltered in an SBS (Step By Step) with your entry. Remember to state that it is your own image.

It's recommended that you read the Pxleyes Guide found here: http://www.pxleyes.com/courses/pxleyes-guide/

OK got it. Will do. A couple of my entries I cannot show SBS because I'm traveling right now without my stock of photos, so most likely they will be disqualified. Thank you for clearing it up for me.