The Minotaur - created by gosseyn 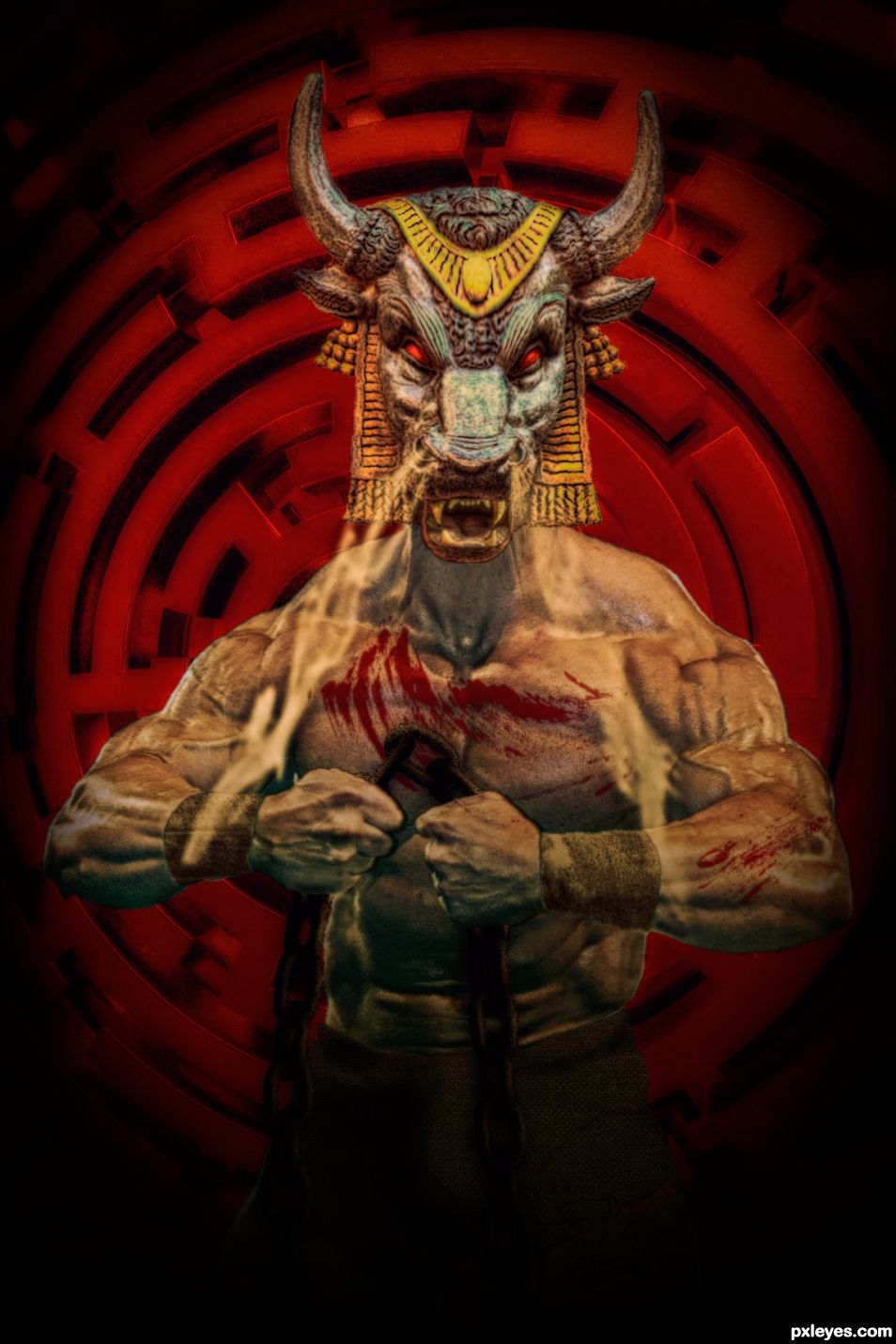 In Greek mythology, the Minotaur was a creature with the head of a bull and the body of a man or, as described by Roman poet Ovid, a being "part man and part bull". The Minotaur dwelt at the center of the Labyrinth, which was an elaborate maze-like construction designed by the architect Daedalus and his son Icarus, on the command of King Minos of Crete. The Minotaur was eventually killed by the Athenian hero Theseus. (3 years and 9 days ago)