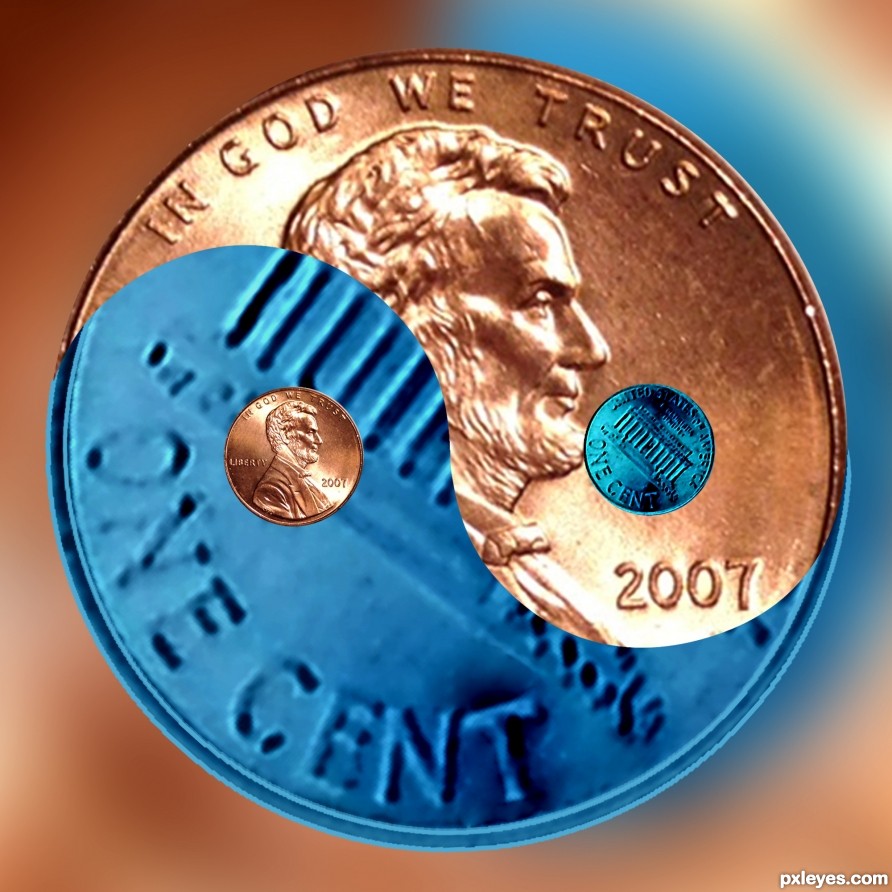 In researching the Yin-Yang symbol I found another interesting way of looking at the
Yin-Yang Sybol at taoism.about.com

"The black and white halves of the Yin-Yang symbol are similar to the two sides of a coin. They are different, and distinct, yet one could not exist without the other. The circle itself - which contains these two halves - is like the metal (silver, gold or copper) of the coin. It is what the two sides have in common - what makes them "the same."

"When we flip a coin, we will - in terms of the imprints - always get either "heads" or "tails," one answer or the other. Yet in terms of the essence of the coin (the metal upon which the "heads" and "tails" symbols are imprinted) the answer will always be the same."
No sources other than 2 personal photos used which are shown in SBS. (5 years and 1023 days ago)

Mostly better now, but not quite.

Blur the pixelated edges and you'll have a good image. GL author.