Taken at a day where there were different reinactment events in history,this about Vikings.

1st stage sitting waiting for the battle to start
2nd stage is the battle being played out.
3rd stage end of battle where its not the best outcome. (5 years and 73 days ago)

We get it....a battle and death. Oh those naughty Vikings not only did they rape and pillage Britain they did the same to Canada and the Ukraine where many a blond Ukrainian lives to this day. Good one.

thanks still,rape and pillage sounds like a double act

My humble collection of swords - created by jerostone 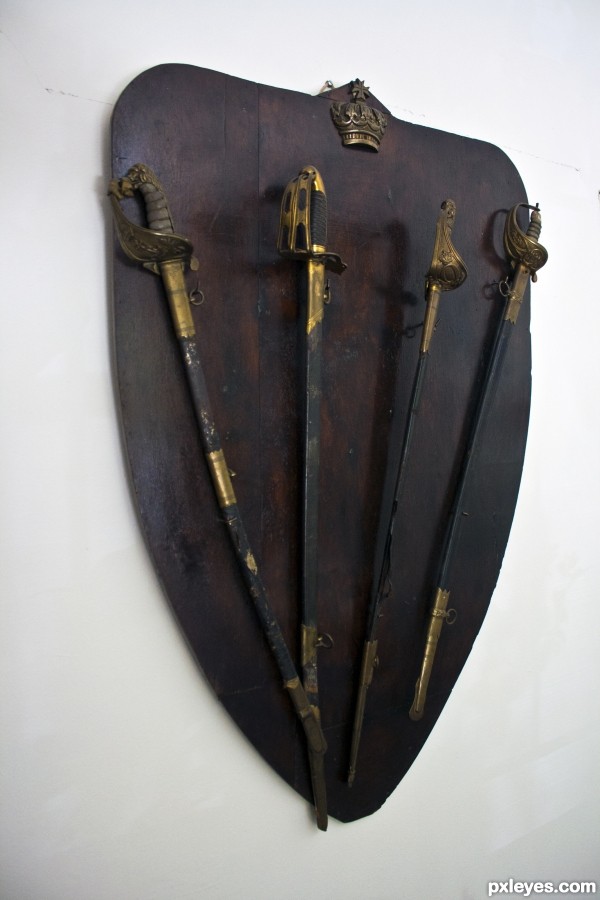 This is a series of swords belonging to some glorious (well, according to historians,) ancestors of mine, among them an admiral, a prime minister also an oceanographer. The one with the letter O etched on the hilt is a replica of the sword presented to the admiral by King Otto ofâ€¦ â€¦against services rendered to the royal household by the former. The original was adorned with precious stones, and for obvious reasons Iâ€¦ just wish I had it.
Photographing those babies proved to be an extremely difficult task, as the lighting in the room was anything but ideal. Therefore I had to either get some extra lights, or take down the entire coat (itâ€™s huge!)and set it in some other place of the house with better lighting- a very risky affair, as the scabbards are worn and brittle owing to decay.
(5 years and 1850 days ago)

Interesting history, I would have used this photo in mementos.

Thank you, good friski! The entire room (a parlor actually,) looks more like a museum, hehe!

Very cool. I'd love to have something like that. I think my ancestors fought with cream pies to the face!

Most kind of you. Thanks 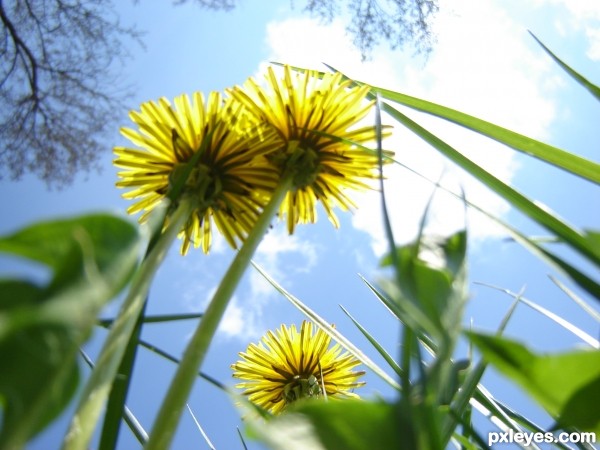 The focus is on dandelion,not on grass...

I would have to agree

i have always wondered who decided a dandelion is a weed? i actually love them! but i dont think it is grass.

excellent capture, but, imo, the focus is more about the dandelion than the grass

ok, in any case I m glad you liked it

:P at least there is a bit of grass in the shot. not like some of them. even if your focus is on the dandelion, its a well taken shot.

It is a good pic, even if the dandy lions are the main focus. I always likes this kind of POV.