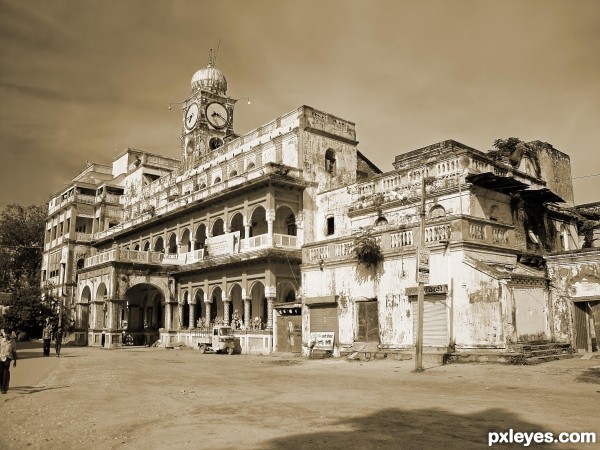 This palace is situated in my home town Raigarh. It is more than 150 years old. It has seen more than 5 generations (as far as i know). The last King whose name i know was Lalit singh (died around 1947) . 4 other generations before him were- king Chakradhar Singh,Bhupdev Singh,Natwar Singh.
Sorry but i don't remember the recent king who owns this palace.
A very famous cultural function/festival takes place here (organised and funded by Govt itself) during Ganesh Chaturthi , a religious day.
The function/festival held here is known as "Chakradhar smaroh" as it was started by king Chakradhar Singh. during which world famous artists come here to show their art (music and other arts)
Now this palace is neglected and due to improper care it has almost lost its beauty. (5 years and 1328 days ago)