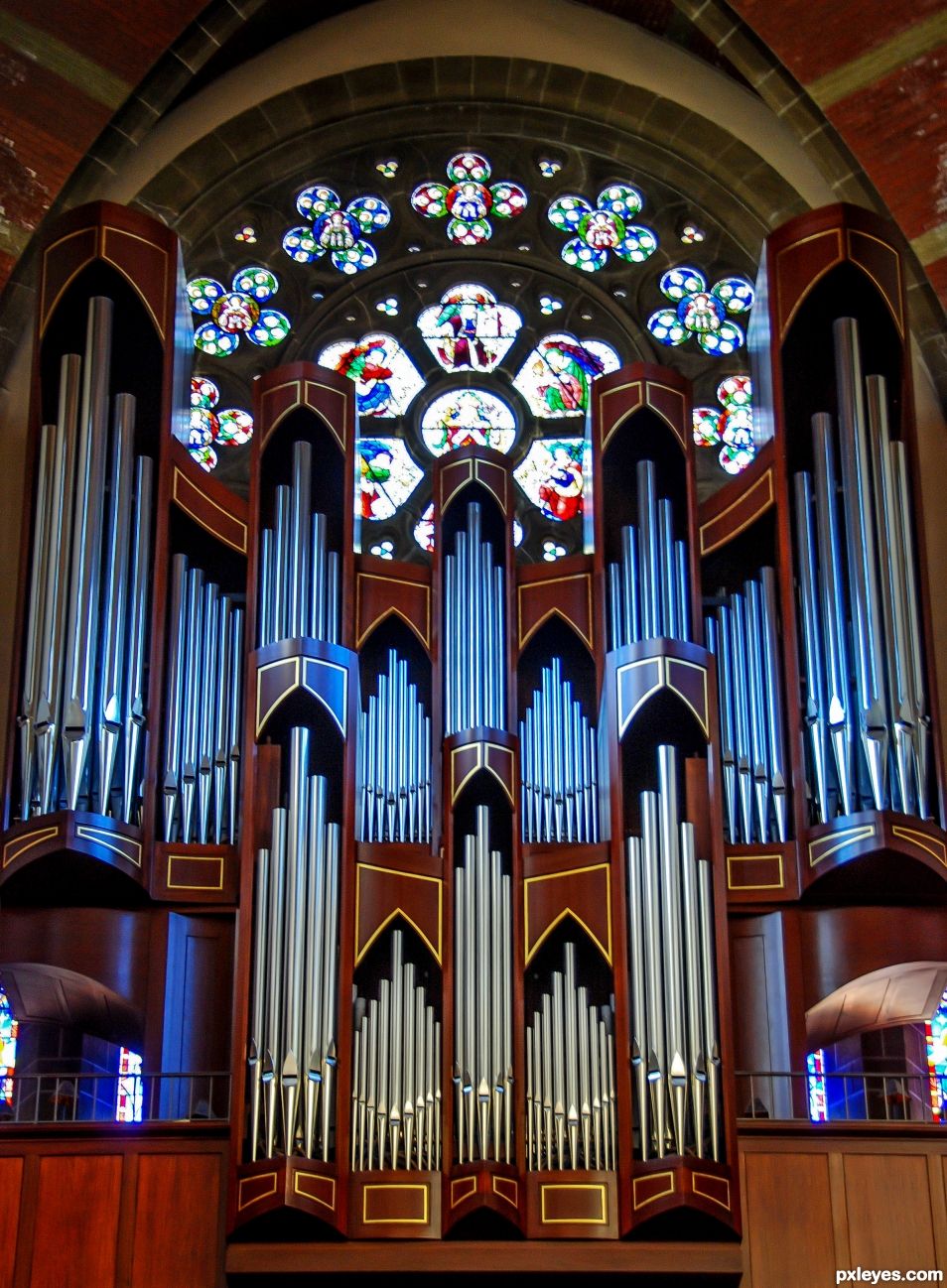 WOW, I'm sure this is not what the author of the theme had in mind. Love it, a wonderful take on the theme and a great photo.

oh well, it is a single instrument, thanks

thanks, no it is in my living room

[guess I'll save my jug playing shot for a more hillbilly theme... Holy WOW sums it up nicely]

thanks, just think what it sounds like at full volume - blows you away

That is indeed one stunning piece of instrumentation there. Wouldn't it be cool if a heavy metal band rolled one of these monsters out on stage and started whaling away on it ?? Good pic, author.


Likewise, this photo should have been removed due to the fact it is NOT an instrument - but merely metal tubes that are used to amplify the tones produced by a musical instrument - in this case an ORGAN - which is NOT pictured and probably normally placed below the wooden enclosure housing the PIPES or AMPLIFIERS.

I only chimed in because the all knowing mods removed an entry of a SINGER from a MUSICIAN contest claiming a singer ISN'T a MUSICIAN. Singers ARE musicians - the mods are idiots.
And they removed a CONFECTIONERY HOUSE from a CONFECTIONERY contest claiming it wasn't "their opinion" of a confection, more like a small doughnut (which is NOT a confectionery but considered a BAKED GOOD - even though it is fried.) You buy doughnuts and PASTRIES at a BAKERY - and candy and other confections at a CANDY SHOP - or CONFECTIONERY STORE.

Glad this pretentious site is closed. Run by a bunch of self seeking idiots.