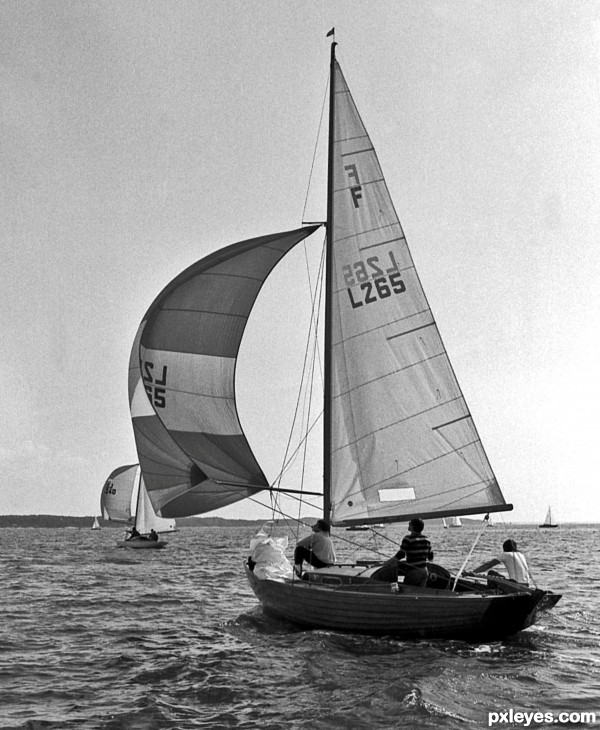 Rod Stewart recorded the song at Muscle Shoals Sound Studio in Muscle Shoals, Alabama, for his 1975 album Atlantic Crossing, and it was subsequently a number one hit in the UK in September 1975 for four weeks. The single returned to the UK top ten a year later when used as the theme music for the BBC documentary series Sailor, about HMS Ark Royal, and made a minor chart appearance when re-released as a charity single after the Zeebrugge ferry disaster in 1987. Having been a hit twice, it remains Stewart's biggest-selling single in the UK.

The music video was shot in New York Harbor in 1975 and credited with a 1978 completion date; it also was one of the first to be aired on MTV when it launched on August 1, 1981. However, despite Stewart's great popularity in the United States, the song never climbed higher than number 58 on the Billboard Hot 100.

Rod Stewart performed the song at the Concert for Diana (a concert in memory of Diana, Princess of Wales, who had died 10 years earlier) at Wembley stadium on 1 July 2007.

In the British sitcom Keeping Up Appearances, the band was playing this song as Hyacinth and Richard were trying to make it to the Queen Elizabeth 2.

Great photo, and I love the song too.