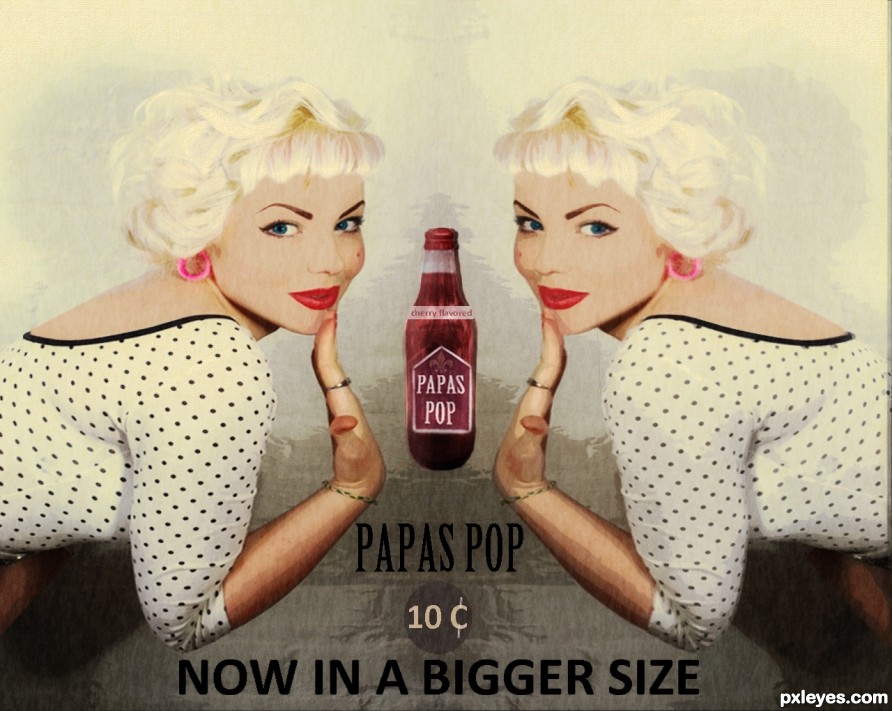 I really like how both the image elements and the image quality are retro. It does bother me, however, that the bottle labels aren't curved as if they were actually wrapped around the bottle. (And while modern-day Popeyes has chosen to eschew the apostrophe in its name for its chicken outlets, I suspect a retro soda purveyor would want to make it clear that its pop belongs to Papaâ€”but maybe my dirty mind misunderstood the name in the context of the image.)

I admit the 'retro ad' element of the contest made me think magazine ad which would be a portrait rather than a landscape orientation. Such an aspect constraint might resolve my composition concerns here. Specifically, symmetry is formal and a bit boring unless formality is the point. Mirroring accentuates symmetry. But I don't think soda pop wants to be seen as formal.

Thank you Dan for taking the time to write this comment. I will try to answer you for it as far as my understanding gets me

Unfortunately i dont have the time to work on the label before the closing time.
For some reason i thought the ad would be on billboards but you are probably right about it supposed to be in a magazine so landscape mode isnt good, still i hope people here would like it

Hope i got everything right