Home » Blog » Photography
Guido Sterkendries is a daring wildlife photographer. He challenges gravity and does things that normal photographers lack the adrenalline for. Dangling from the highest trees in the rainforests of Panama and Brazil, the Belgian photographer seeks rare wonders of nature that haven’t been captured on camera before. He spends up to two weeks in a specially constructed canopy that allows him to get closer to his subjects. He is, for sure, one man who will have what stories to tell at retirement, as a real-life Tarzan of photography. Despite the risky climbings he does, he manages to stay motivated and be very active as an artist and ecologist. The results of these efforts? As it follows: 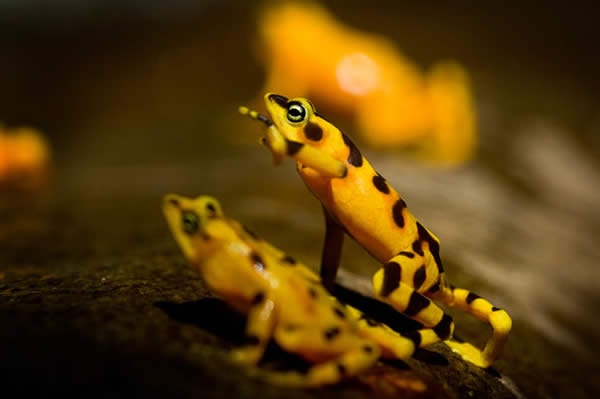 In the amazing rainforests of Panama the daring photographer Guido Sterkendries found an almost extinct species: the golden frogs. 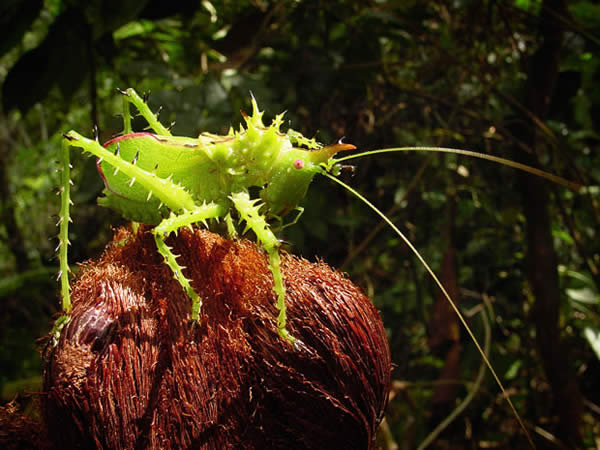 The trip to the exotic parts of the world wouldn’t be really worth it without capturing the wonders of nature. Looking like a mutant, this grasshopper has an interesting defense mechanism. 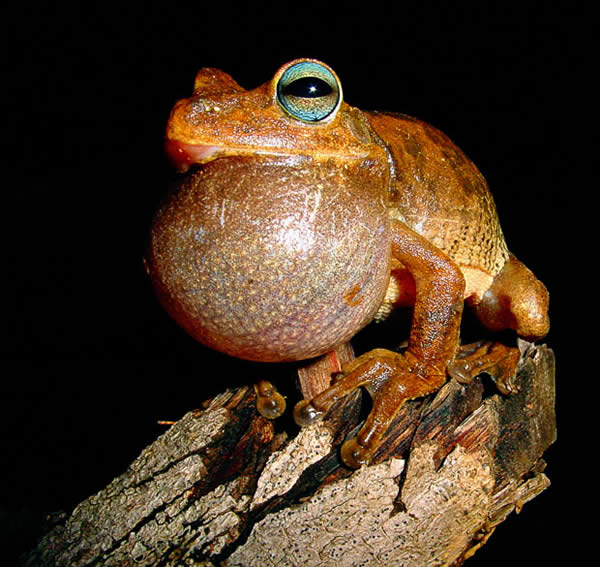 This is a very interesting photo of a tree frog performing a mating song. Observe the fascinating eye. 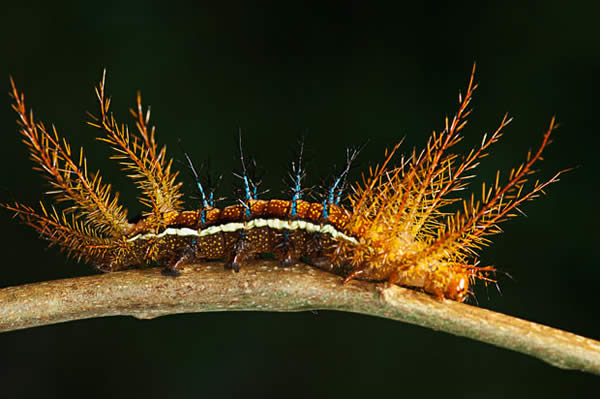 The rainforest of the Colon Province, Panama are the perfect home for many species that few human eyes have seen so far. This is one of those species, a beautiful caterpillar. 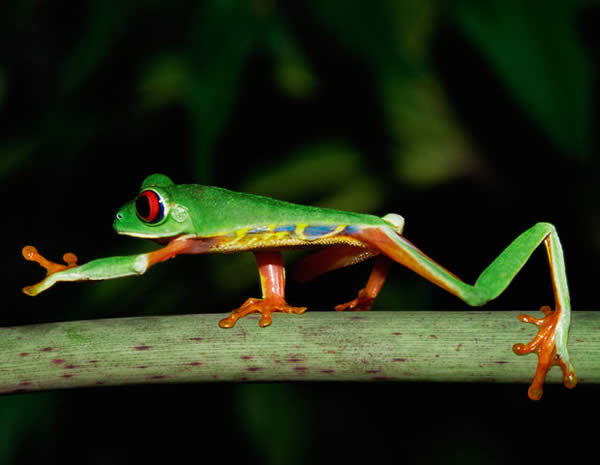 For the sake of artistic photography, this frog put on a real walking parade on that branch. Also shot in Panama. 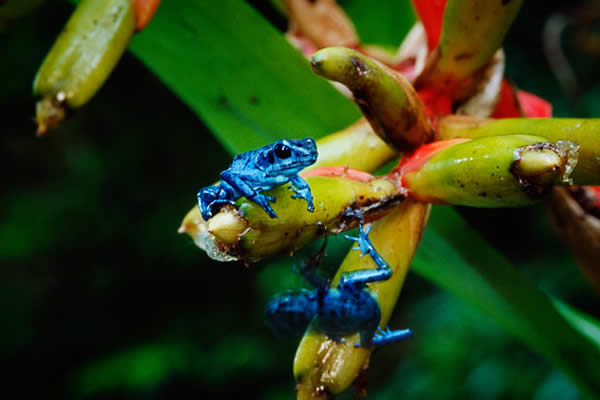 Very small, very unusual and very… poisonous. Something not every photographer will get the chance of shooting. 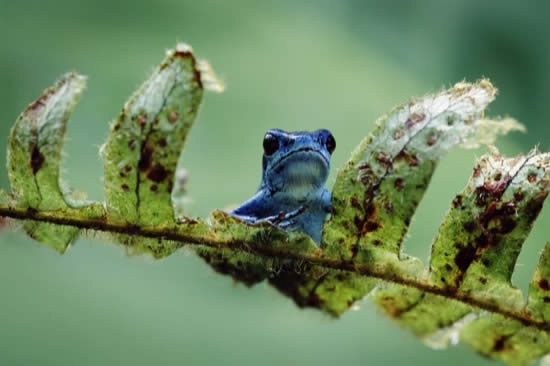 This stunning little blue frog definitely deserves another photo, since nobody before ever photographed it, nobody before Guido Sterkendries. 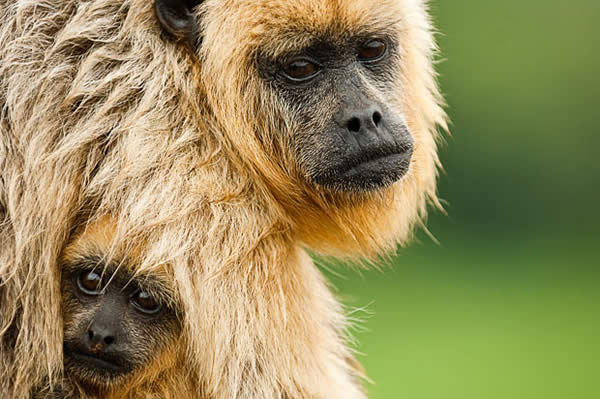 A mother and her young captured in close-up photography. Location: the forests of Mato Grosso do Sul, Brazil. 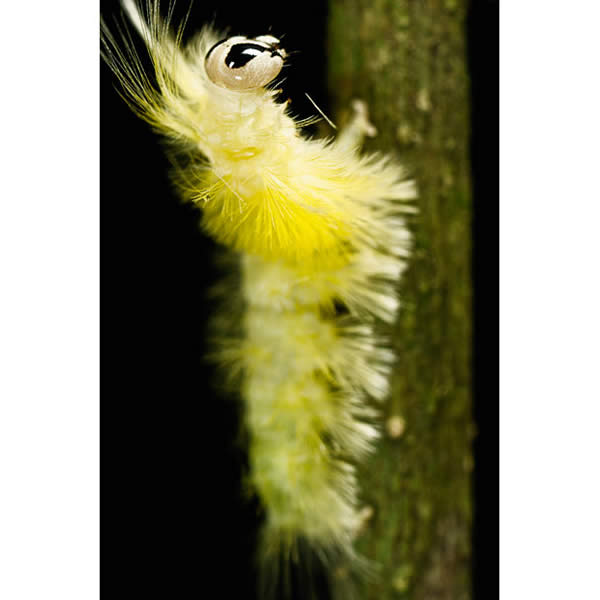 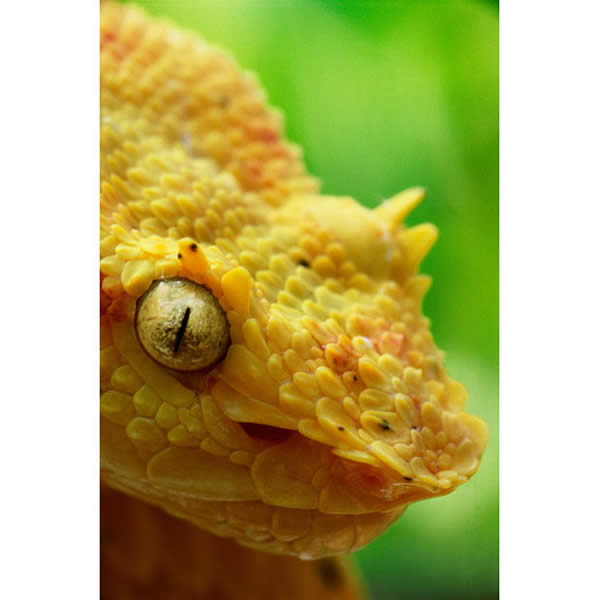 In the deep rainforest of Panama such vipers feel at home. This is the result of nature untouched by humans. 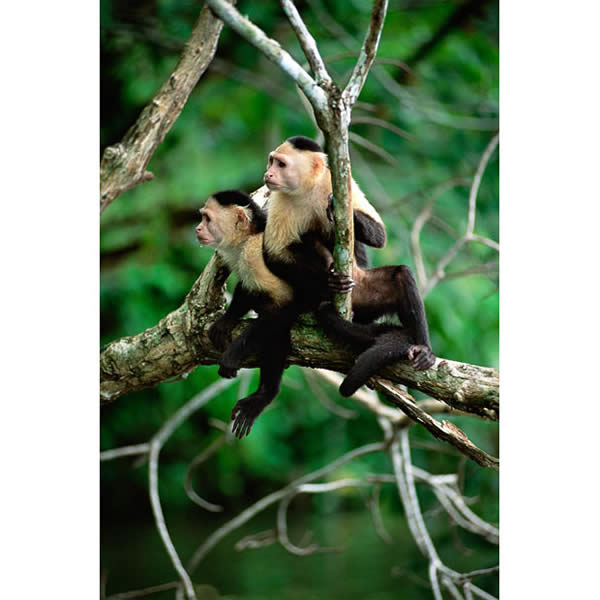 These monkeys have an IQ above average for wild creatures. Trying to amuse themselves, they ran away with the photographer’s drying underwear. 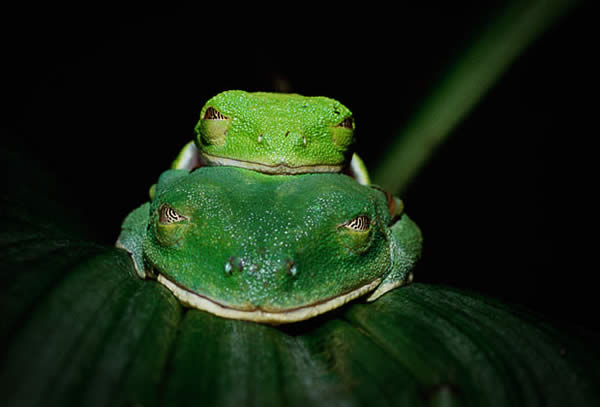 Virgin nature. Peace. Quiet. Freshness. Time for love or procreating for this pair of red eye tree frogs from Panama.

A Mosquito and a Lizard 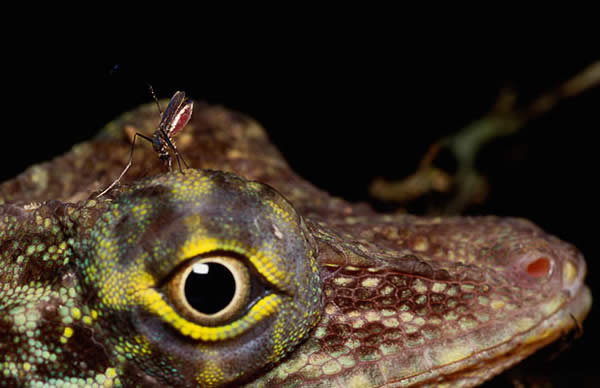 The rules of nature don’t spare anyone. This photo shows that even the cold blooded can get bitten.

High Speed Photo of the River 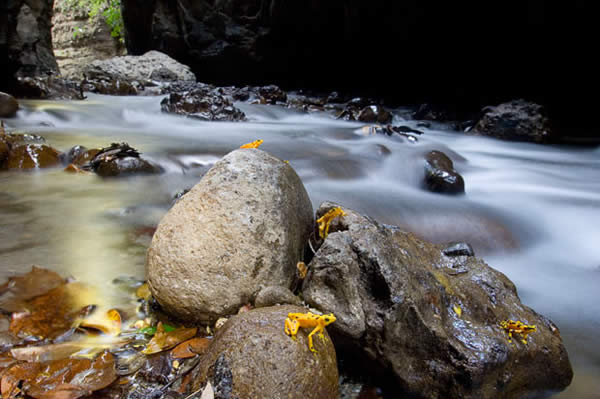 A truly artistic and beautiful photo of the yellow endangered frogs next to a river stream. 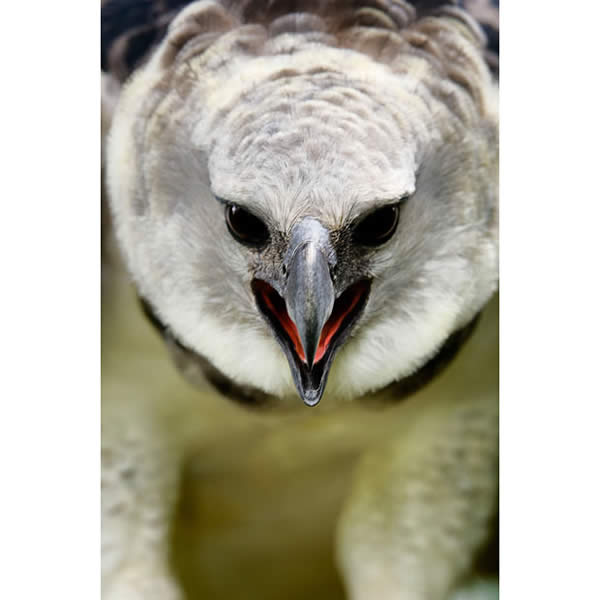 The Harpy Eagle is the most powerful and large raptor bird. This photo was taken in the tropical wetland of Mato Grosso do Sul, Brazil. 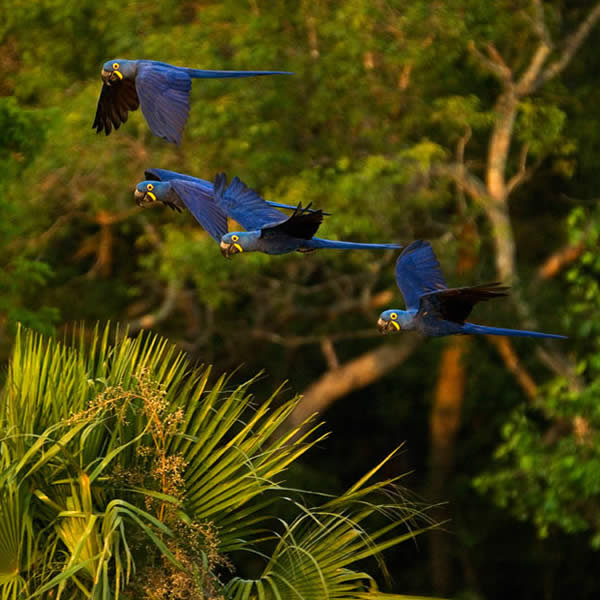 Guido Sterkendries has seen the paradise. And this photo proves that: 4 beautiful blue macaws captured during their flight. 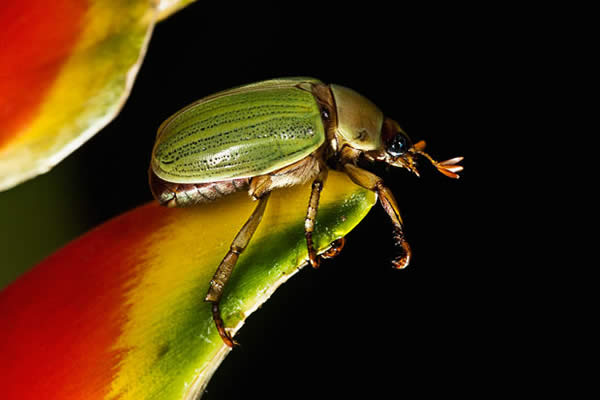 A beautiful rainforest beetle (genus Platycoelia) that adopted the colors of nature. 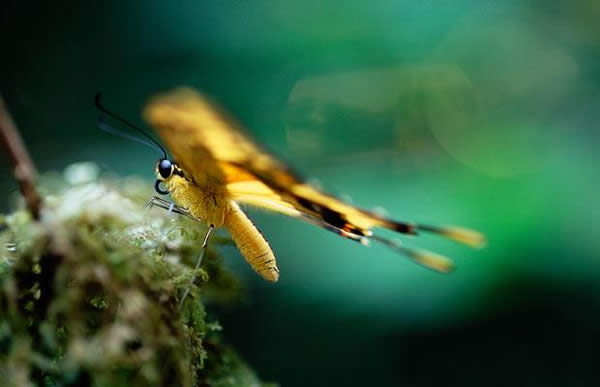 Macro shooting in the wild: a giant butterfly. 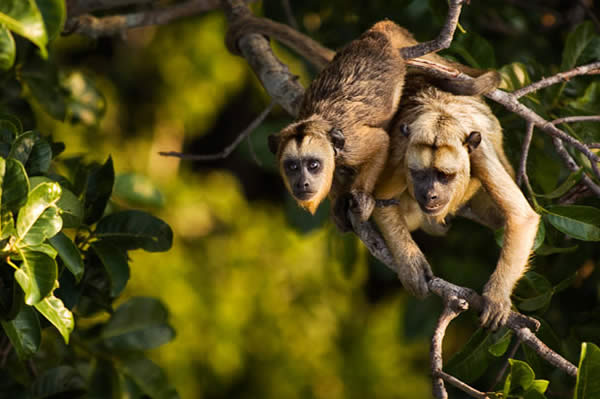 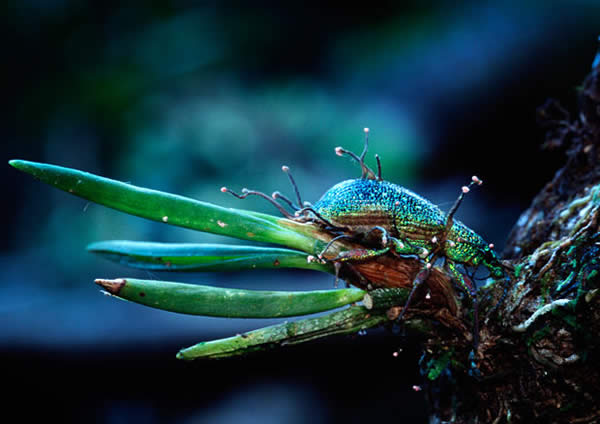 An iridescent weevil (Curculionidae) in the rainforest.

No wonder that Guido Sterkendries’ photos are so rare and absolutely amazing. Brilliant results require sacrifices and determination. Add some passion to that and dreams become reality. Here’s how he does it. 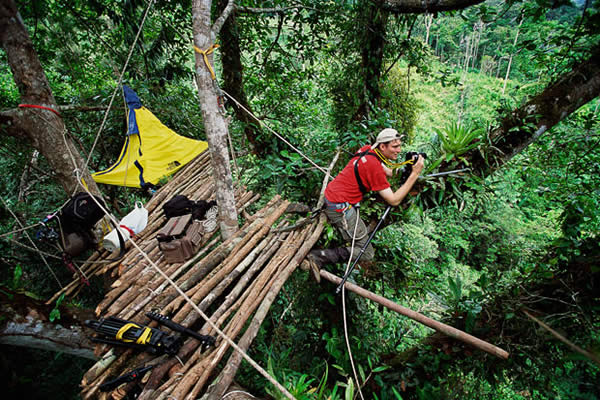 Guido Sterkendries builds his way up to the highest trees and takes some dangerous poses just for the sake of finding rare species to take photos of. 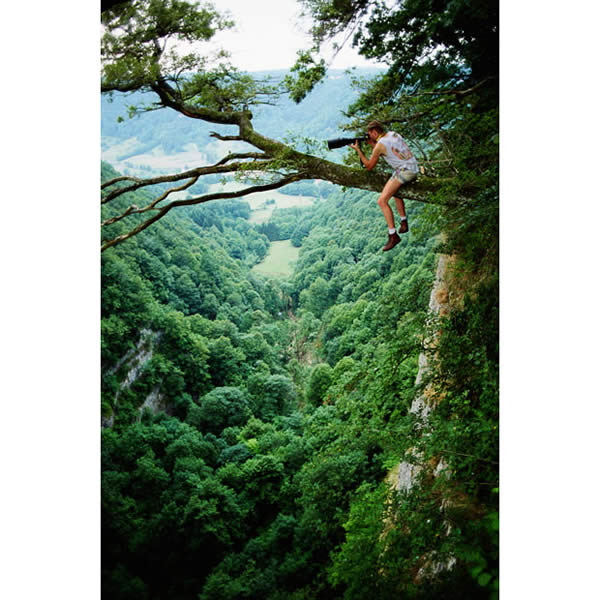 Deep in the rainforests of Panama he twists and turns on the branches of the trees dozens of meters above ground, taking his camera along to capture the wildlife in a manner never captured before. 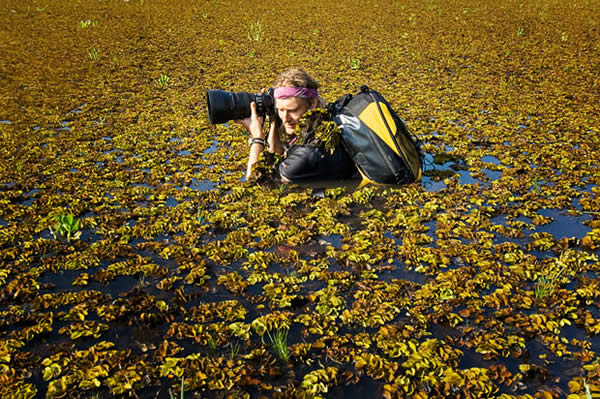 Nothing can stand between him and his passion for photography. Not even dangerous swamps.

Giulia is a 25 year old girl from Romania. She runs a blog dedicated to cute animals on furrytalk.com. She's also an amateur photographer and has a passion for Photoshop.