Eve has childrens - created by muthultech 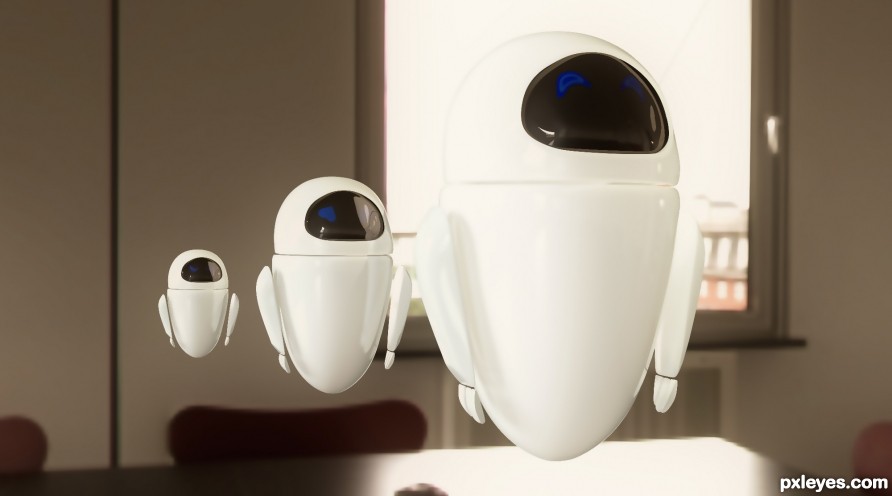 We know that Eve and Wall-E are married. You donno? And Eve has two childrens. One teenage girl and one naughty boy.

I created this images just for fun. I used MODO and Photoshop to create this. I hope you will enjoy guys.

The Eve Of Destruction - created by lchappell 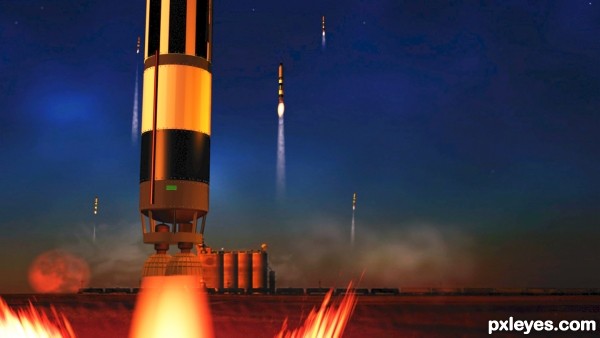 "The Cold War," a continuing state of political conflict, military tension, proxy wars, and economic competition existing after World War II, primarily between the Soviet Union and its satellite states, and the powers of the Western world, particularly the United States.

Both sides are seeking dÃ©tente to relieve political tensions and deter direct military attack, which would probably guarantee their Mutual Assured Destruction with nuclear weapons.

October 4th, 1990 DÃ©tente has failed. A Soviet ICBM launch has been detected. Fifty miles north west of Wichita, Kansas, deep in underground bunkers, members of the U.S. Air Force Strategic Air Command woefully carry out their orders.
The code confirmed... Buster two zero, has been authenticated. The end has begun. (5 years and 2672 days ago)

I like the grain silos. They add a lot

don't know if it's Â© but it's a good imitation

but i agree , it's not very original

And, as Amber said: Eggcellent!