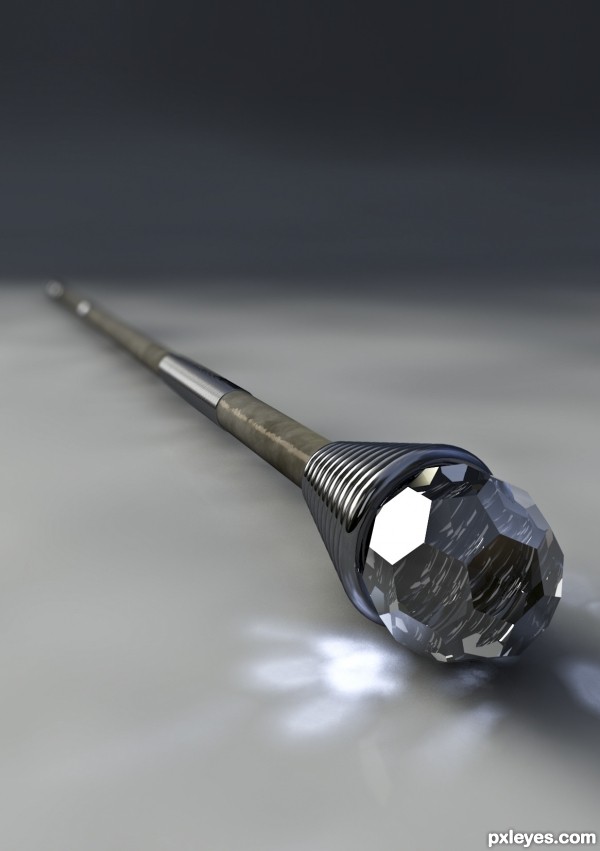 What a wonderful job you've done with the faceted stone on the end! The odd grayish streaks inside of it are a bit visually confusing and artificial, but the overall creation of this piece is very realistic looking.

Wow ... love the diamond. Sparkly and superbly done. Love to get on of this

Thanks everyone. The caustics were there from the start bitmap.

Thank You Everyone! For your votes and comments and favs. 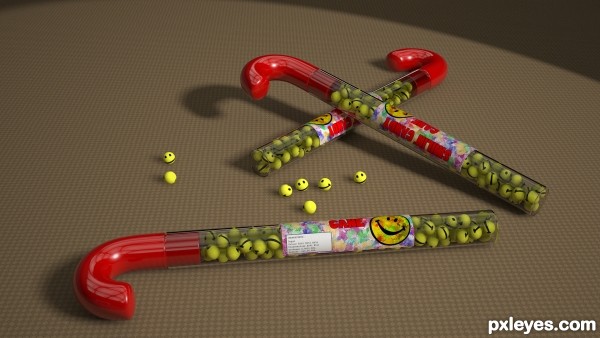 yummmm , very nice render and out of the box idea, gl.

Very Very like .... very nice render and high marks from me

I liked all of the work ... rendering, texturing, the sticker, the ground ....

Thank you for your kind words Bitmap.

this is sooo awwsmm render

That's cute. If there is one, I might buy it for my daughter

Thanks for your votes everyone!! x 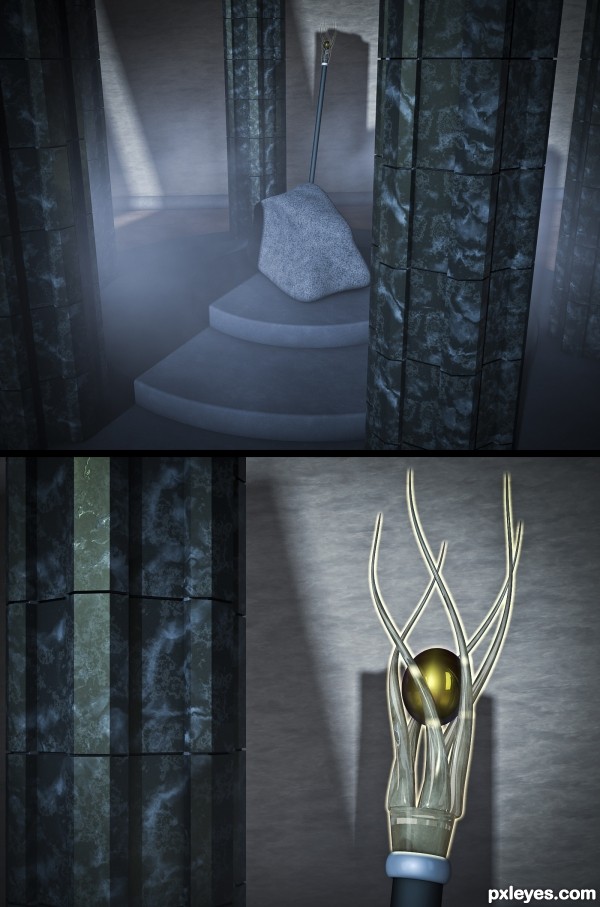 Great concept, but the cane looks like it is behind the stone, rather than coming out from the top of it.
The "fog" is a bit too heavy for the image, and is distracting, making the columns more dominant that your focal point, the cane.
The rounded baseboard where the wall meets the floor is a bit too large and prominent, even with the heavy fog...

The texture of the columns is beautiful, and the video SBS is very well done, except for the end, which shows too much menu, and not enough of the image you've made.

Overall, this is a good render, it just needs a bit of tweaking to be outstanding.

Looks pretty cool, more like a scepter though. I guess that will work too.