EDIT: sorry; I used a leaf brush for adding color on the background. Now there's the original posted. She's Eva. I like the smile she had in the photo I chose. She's always been a cheerful girl, but here I think she represents something more. A sort of soft, secret joy. * I just made her a po...

Pencil, pen only... My daughter is terrified of spiders...thought this would be a good composition of frozen and frightened...

My Son the Protector! 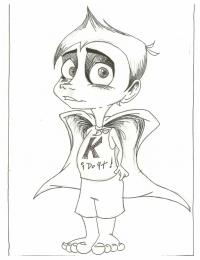 Armed with his baby-blue eyes and sharp blond hair, The Big K is the only hero his mom will look to. He may be cute, but if evil is near (or not cuz he's 2...LOL) he leaves a path of destruction in his wake!! Call for him anytime!!! He'll say: "I do it!" *used my own sketch and added a ...

The Bounty slinks out of the outer rim wormhole.... All models and textures self made. see SBS. Thanks to NASA for the great images See Links.

This is an album made for the imaginary band Mellow Noise, The genre of the band is Modern Rock. I've put the cover on a black backgrond, so the black outer stroke is not part of the album. \m/O\m/

Credit to midnightstouch from DA for the great brushes Credit to KillR-B from sxc for the reference image. Unfortunately I lost the original SBS when PST went down, luckily I still had the image on my HDD. I've done the best I can with the SBS at least you can see the basic techniques ...

EDIT: the permission for the book source is in the SBS. Thanks to David Resenes (http://www.flickr.com/photos/dreneses/) for the beautiful book. * I made a young centaur melting a little dancer and the horse, to create a creature who reminded me the fantasy tale's atmosphere of the circus. ...

My old entry. GrassHopper is created using only texture from rendered sofa and used http://www.sxc.hu/photo/581192 as background and reference. Unfortunately I found only merged final PSD and other version of PSD, which has approx 75 layers was deleted, when contest was ended at PST. Therefore I ... 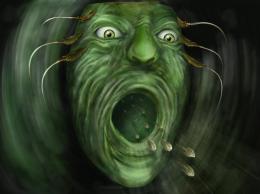 Old entry, did a few edits on it since last time, like the bottom of the nose. 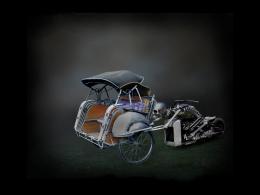 May the force be with you

The house being doomed by snow fall.