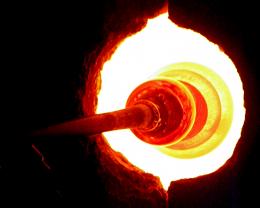 Taken at a glass working exhibit as the artist heated up the glass in the heat chamber. 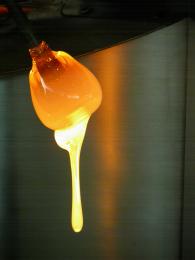 The only light source in this shot is the glow from the glass as it was pulled from the heat chamber. 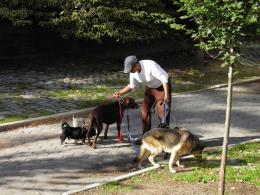 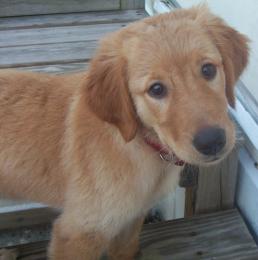 Does this not scream innocence? 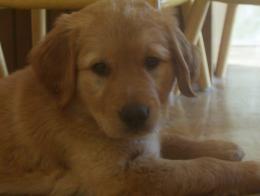 This was the end of her innocence. The same day this photo was taken she later chewed up one of my shoes... 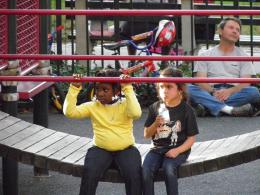 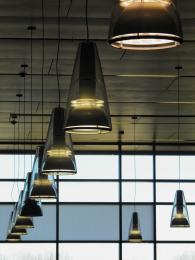 The line of the lights isn't the 90 degree angle, but the photo wouldn't be the same without the windows in the background, and they make the photo. 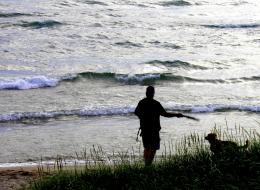 My husband and our Golden Retriever, Bella, playing on the shores of Lake Michigan in the Upper Penisula along US 2. The sun reflected off the water just right to make an excellent silhouette of the two of them at play.