Took me about 50 attempts to get this shot. Most of the time I missed the frame followed second by shots where the coin was not in focus. A final handful was okay but I got the rim instead of heads or tails. This is a half US dollar btw.

To all who gave their life 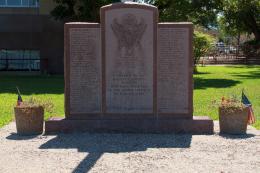 I got quite a few pictures with lightning this night but, darn it, they all refused to be in the middle of the frame. This is about the closes I have and three in one. About 20 miles north we had a tornado touchdown that night. 18mm(DX) - ISO100 - 30 sec - f/11 As a side note: With the bolt to... 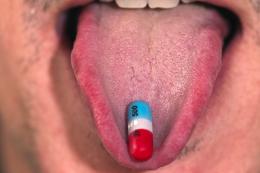 It may not "delight the sight" but it sure was fun to shoot. I've made the first couple shots at f/16 for a higher DOF but seeing a whole tongue in full detail ... that was just too gross. So I settled with f/4 and a very narrow depth. 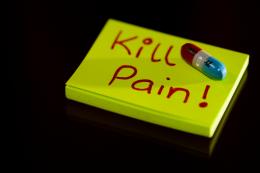 for those interested Alligator Grill was a famous filming location. In the movie "Office Space" this was the restaurant named Chotchkie's where Joanna (Jennifer Aniston) worked

One Eye In Black and White

with a high contrast red filter

it's a rainy day

The drought isn't over yet but this quick shower was definitely needed.

The sun was already setting and the neighbor's balcony was set on fire. It took me a couple shots to figure out how I have to set the blinds. Surprisingly they had to be shut by almost 3/4 for this effect.

The sun sets behind some haze and casts an intense glow

This inside Les Invalides in Paris, France

An image from 1991 on Kodak ISO 200 color film and scanned with a Nikon Coolscan. Made a B/W conversion now in Photoshop

A Mirage once owned by the Swiss Army just seconds after take off at the by now closed Air Force Base in Duebendorf, Switzerland. Scanned from film, shot in summer of 1997.

Another shot from the archives. This picture was made 1989 in Epcot Center with a Zeiss Ikon from the 1960s. Scanned just recently with a Nikon Coolscan. Makes me wonder if people about 2029 are even able to look at their images they made today.

This is an image I shot 1999 on Ilford FP4 Plus, hence this is a scan from B/W film. It wasn't a beautiful day so the best I could do is increase the contrast with this print and let the sky disappear.

A simple B/W conversion in Photoshop and a slight curve

This is one from my archives in summer of 2001 and a scan form a shot on 35mm color slide film. Unfortunately I discovered later that my autofocus was out of wack. The airport is Zurich Switzerland and the airplane a MD-11. The airline, Swissair, ceased operation about one year later.

The same flag as my other submission but this is just the "regular" view of it.

I always admired the size of this flag and that day the wind was quite brisk and so I drove out there and booyah!