Show faved by others
123next »
66 favorites given:

Had a lot of fun making this trinket. Only source used, I used my own spider photo I took for reference which I will post in the SBS ENJOY 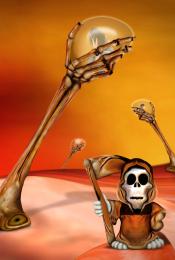 Limbo (Latin limbus, edge or boundary, referring to the "edge" of Hell) is an idea about the afterlife condition of those who die in original sin without being assigned to the Hell of the damned. 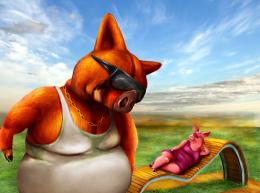 Thanks to Saavem from SCX for the horizon like picture. Hope you enjoy it

... I had it on repeat... all night ;) I'm constantly updating this description, please forgive me... I should mention that this one was done last year and I thought it would fit perfectly to the theme.. so it wasn't made specifically for this contest. The song is from a folk-metal band named ...

I felt like doing something different with this one since everybody used it as it is in most of entries. I reconstructed the lotus petals out of source image. Each petal has two layers, one blending mode normal, second one blending mode hard light to pop up natural shadows. I merged all petals tog...

yum! this was a fun little project...all rendering by me. 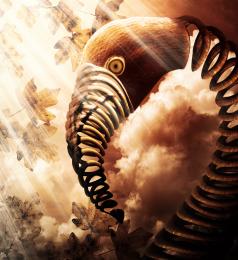 I got the image of a spring and selected it using the pen tool. I put it over the flamingo in the source image after I made it bigger. I used the ctrl+Shift+I+ Del method to cut the flamingo into the spring shape. I played with the blending modes and opacities to get the spring to look more like th...

source and picture of stain glass

Into the Garden of Gold...

please don't tell me this isn't related to the lyrics, the mood of the pic has followed the theme of the song: living your life... please please view in hi-res, and comment on the pic itself instead of the lyrics. the pic was inspired by Alberto Seveso's sperm shaping tecnique with my own under...

All source, and ps

The next generation in games character

Source with Water source Picture My Own Picture

Thanks to my beautiful friend Nicole for the picture and a big thanks to the photographer: 'Sam Chammas' :) (edit: left wing fixed)

And old entry I wrote a short story to go w/ it the first time...(but didn't save it) Basically "Clara's" Brat older brother stole her new scarf that grandma knitted for her for Christmas... and you can tell from the image what the happened next.

Well the djembe looked like a Rasta guy... Only source image! Except the eyes that I drew in photoshop. Used two outside sources as references to know where to place shadows and highlights. Also used the outside source t-shirt to create a displacement map. All done using warp, burn and dodge. P...

All is made from the source.

I tried to make an album of us...Lots of members are not here so please: IF YOU WANT YOUR CARICATURE JUST CONTACT ME AND I'LL PUT IT WITH THE OTHERS. For sure I must do some others such as Spaceranger, Annabat, Cablawadg so, don't esitate I must modify my entry. A few steps will arrive soon...