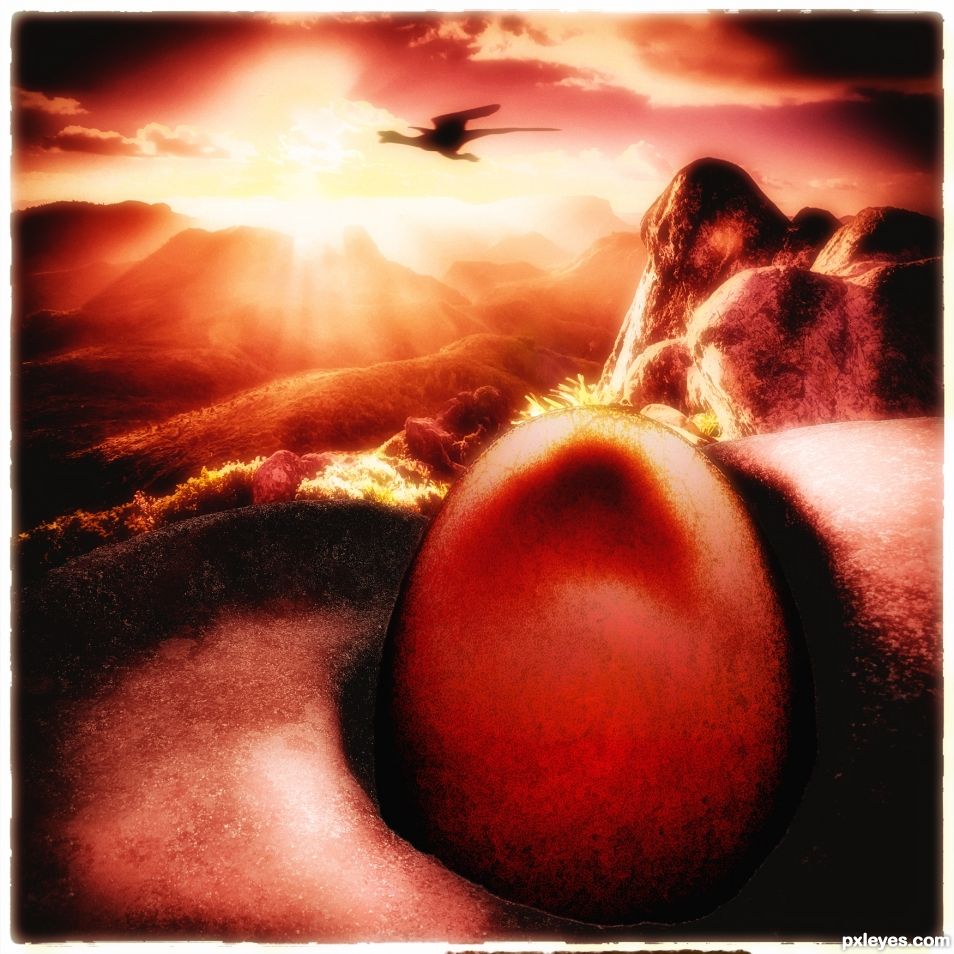 The egg needs a little more work, and also some of the highlights here and there need more work. (3 years and 355 days ago)

Question: why post your entry before the "stuff that needs work" is done? You have FIVE MORE DAYS to get it right... I'd also suggest making the dragon larger, since it's the purpose of the contest.

Because in my eyes it's just little retouching and I am not sure I am going to do it. I have to admit 15 days is a little bit short delay for me. And I say "it needs a little more work here and there" to let people know that I am aware it needs more work, so people wont post comments to point to those specific areas. But all comments are welcome anyway.

Having a flash back of the Mothra Egg from my child hood. Yowza.
That little white edge on the the lip of the crater is a slight distraction but the overall feel of chop has a very red feel to it. Sort of like a Sepia Effect only pounded into the orange/red spectrum.
While the egg is technically a baby dragon (in my book anyway) the contest is a DRAGON contest so that might be something to look into.
As time is a factor (and it would be a big change) you might want to think of having a crack in the egg with a claw popping out. Just a suggestion.
Good work overall, enjoyable vision.

Entering Another Dimension - created by pearlie 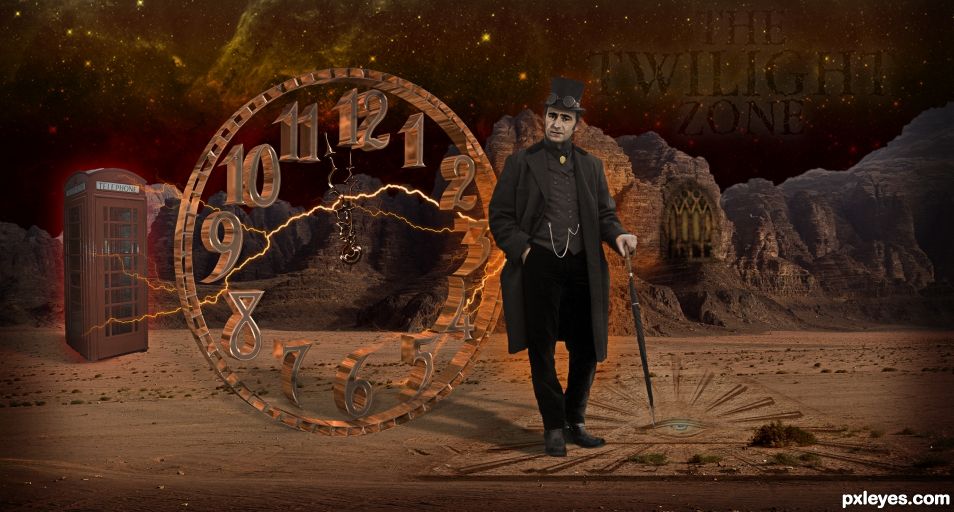 Rod Serling was a multi-talented man and a good writer. His television series "The Twilight Zone" ran for five seasons in the early 1960s and was extraordinary. Over the years, there were several introductions narrated by Serling. Here is one: You're traveling through another dimension — a dimension not only of sight and sound but of mind. A journey into a wondrous land whose boundaries are that of imagination. That's a signpost up ahead – your next stop: the Twilight Zone!

I loved watching these shows and others like Night Gallery that Rod Serling did, love time travel stuff, and steampunk. So, Rod had to be a Victorian gentleman in this interpretation of traveling through time – literally. Source image was the clock, a black and white flat image, converted to a 3D brass version here. This was the winner in a weekly contest! (4 years and 126 days ago)

I like this a lot. Your images were placed in the right place. I like to see the Twilight Zone in the right corner.

That opening of the show always meant I had to go to bed, hehehe, now that I watch that show as an adult, I can see why my parents didn't want me to see it as a kid.. hehehe.. I don't think it would be possible for me to be more screwed up.. giggle snort Great Job author 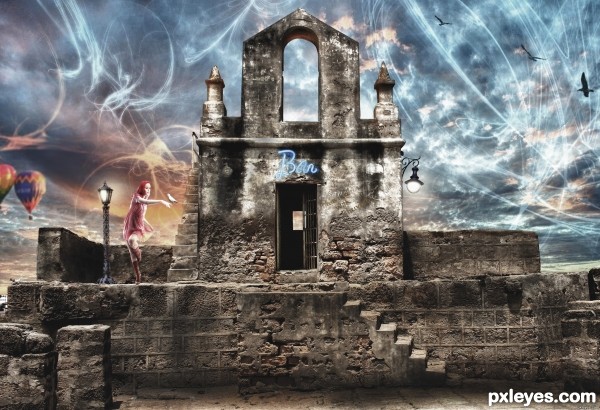 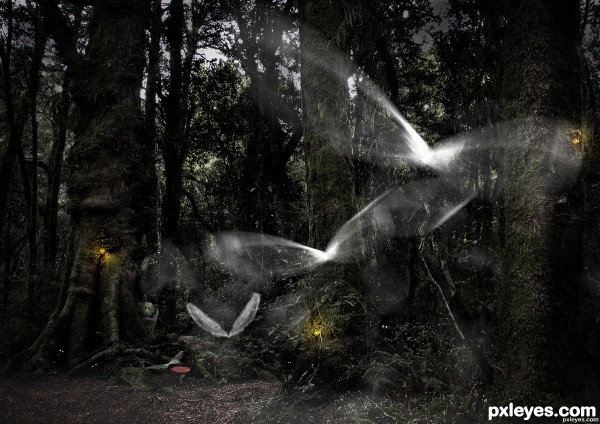 Only when the light is just right does the wood come to life! Must see full res.

(Forgot to mention - covered path and made it leaves again)

It looks like a fairyland, very enchanting. Nice job.

If i get permissions from photographer ill add something else to the image! Still waiting for authorization. 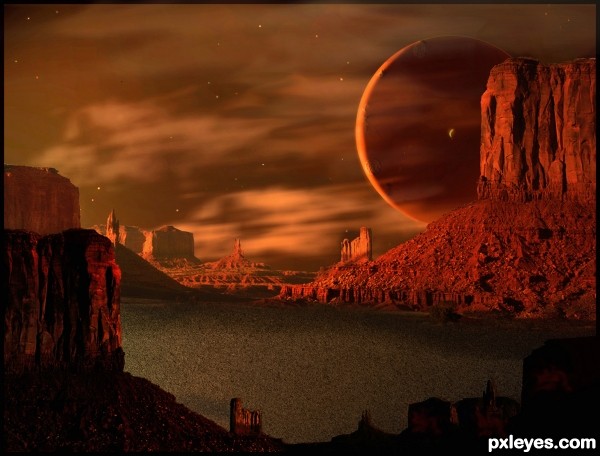 Thank you Bob, much appreciated.