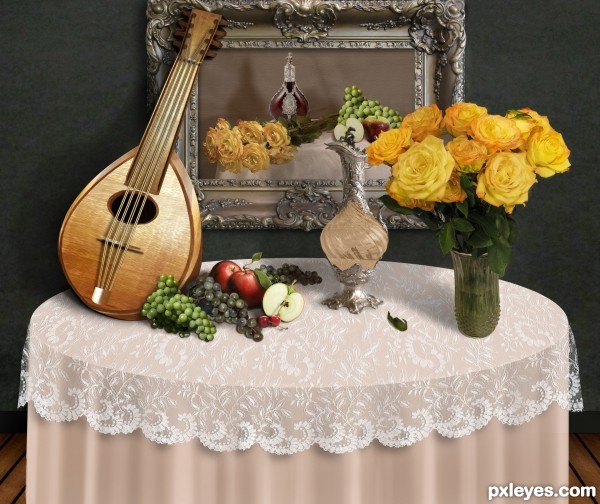 Submitted too late to qualify. Now you get to see it, and hopefully like it. :)

Thanks to these photographers for their work:
JinxMim for bottles, frame, fruit
Antje Hilenfeld for fabric lace
Lockstock for the roses
Kilian Tuor for the frame

UPDATE: Completely reworked the shadows with several new layers for levels adjustments and paint layers with various degrees of Gaussian blur and erasure applied, depending on closeness to objects. Hope it's more realistic. Thank you! (5 years and 2368 days ago)

Very pretty, ingenious compilation of your sources. Some very good creation techniques used. The mandolin and the way you made the table cloth from the lace in particular. Good luck and congrats for a very nice piece.

As lchappell noted, the mandolin and lace table cloth are very creative creations.

I would explore moving the painting northwest so it goes outside the frame of the image and has a greater overlap with the mandolin. Centering a table under the picture would also seem a more natural decorating choice. (An alternative would be to take the painting off the wall and rest it on the table.)

Globes in the Goblet - created by nilknarfsoive 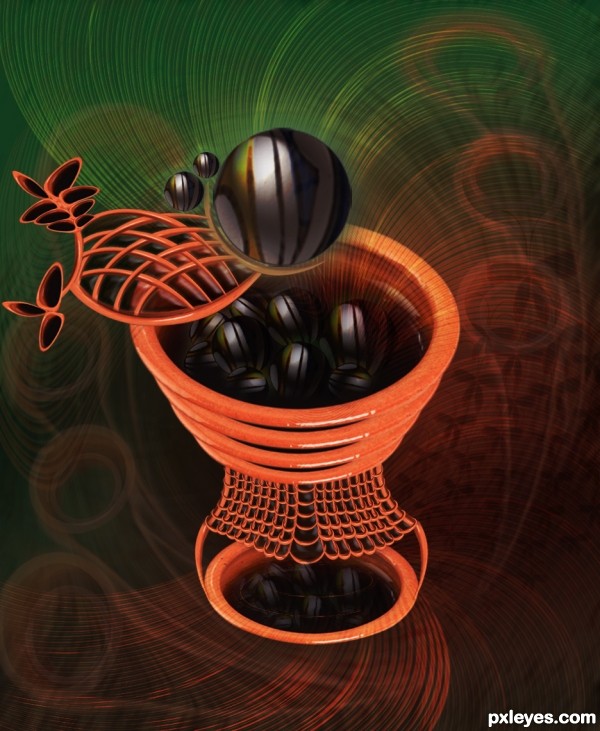 Beautiful work and great colors! But my sense of balance is leaning uncomfortably left.

Yeah leaning leaf... The logic is somehow questionable... hehe... but thanks... didn't except this to be third though... 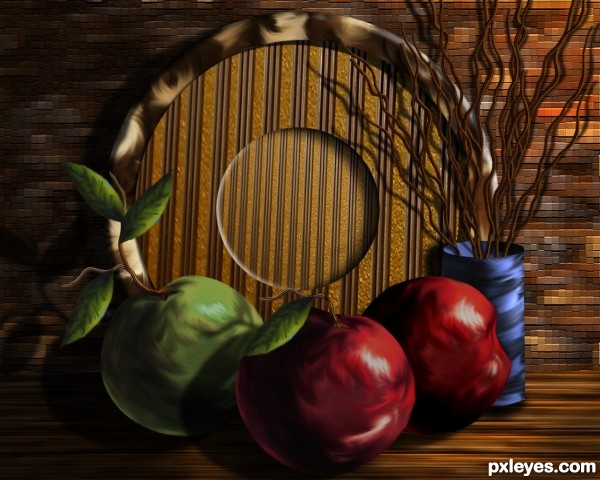 I really like the lighting in this. Great shadows.

Thank you for comments and support.

Your comments are appreciated, thanks so much.

Congrats for another fine still life George, an excellent score as well! 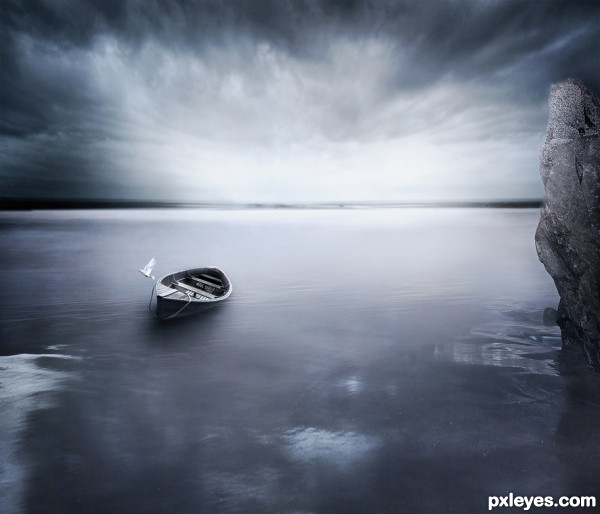 I love that composition GL!

Moody and delicate image. Love the subtly to the piece. Fine work and good composition!

I love it, as I am scrolling through the pages of latest entries, I see this and my first thought is - what an amazing photo... of course I see it is a chop after looking for a few seconds, but a great first impression means you have achieved a wonderful piece here.

I just voted... I knew it was you! I'm picking your work by style now

Thank you, Ray, always generous! Thank you so much... \o/

It is my background now

Thanks Mario, I was glad to know that you made this picture your background!

Agree with the title, hope is everywhere. Great mood

In The Still of the Night - created by JPDesigns 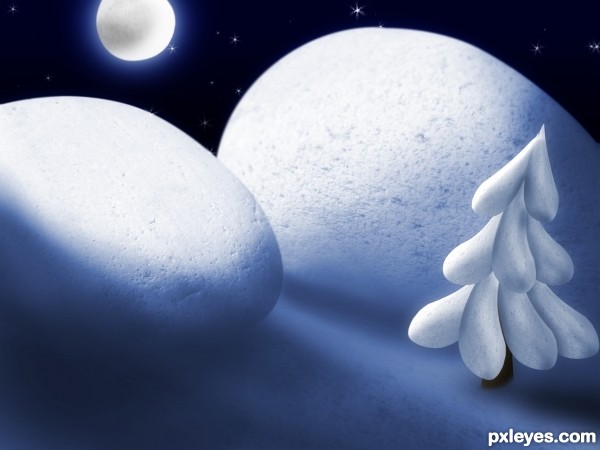 The hills are made from the front stones, the moon is made from the back stone and so is the tree. The rest is brush work and burning and dodging. Please leave comments

I think it's too late now, besides, I don't know if I can have the same entry in 2 different contests. But, thanx, and Merry Christmas!

Thank you very much for the comments!