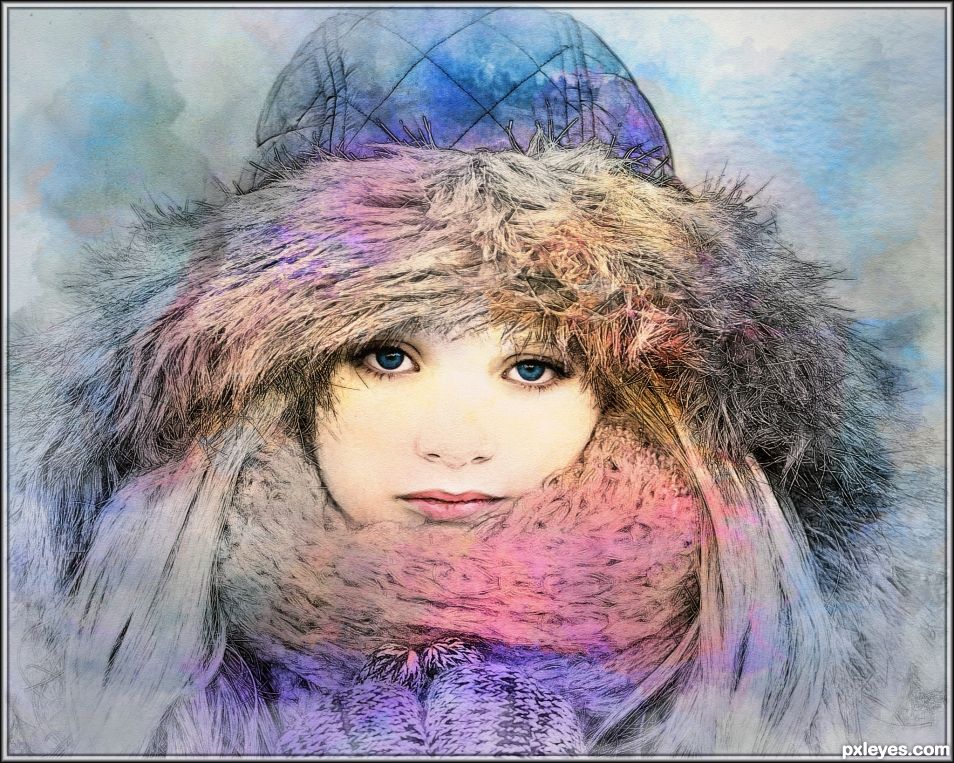 The tutorial for this effect can be found on
https://www.youtube.com/watch?v=VRs6enx9DDE
(5 years and 84 days ago)

Ahhhh haaaa...it's you. I want to THANK YOU THANK YOU THANK YOU for posting that tutorial. I absolutely love this and I'm going to try to do it. I also love Marty from Blue Lightening as I do understand him and I think that in my limited knowlege of Photoshop I could replicate this. It is simply smashing. (ok you can stop smiling now)

Thanks Olga. Have fun with the tutorial. I look forward to seeing your end result.

Thank you very much BWR.

Thank you very much George.

Coat of Arms - created by BWR 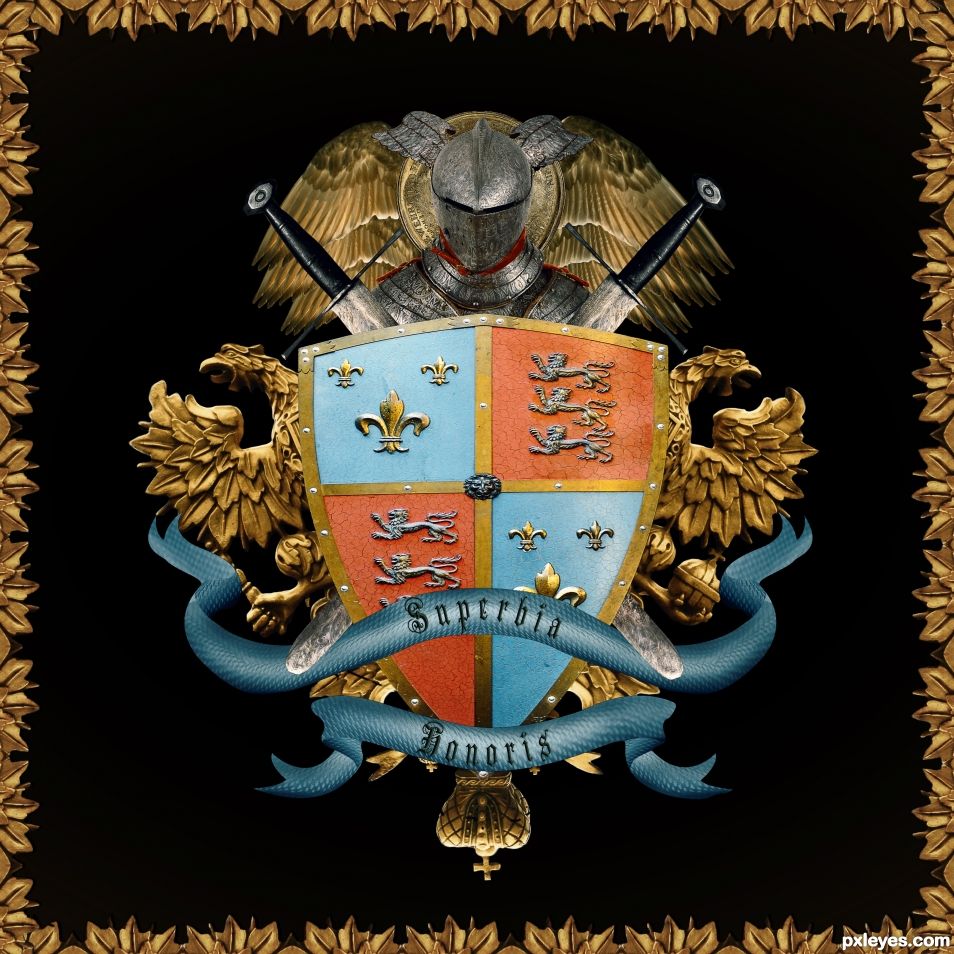 Swords and Helmet "Wings" have texture from the Knight Armor. (5 years and 94 days ago)

has the look of the real thing... kudos

Mahalo Zizouna. I still get a kick out of your avatar. Always makes me smile. I loved that Photoshop you did in the "pup" contest.

I felt the same for this poor little furry thing, this is why I chose the title for the pic! and then it became my avatar. The previous one was just an eye with sparks inside, but the colours gave the sparks a dusty look, I was not satisfied with it.

Freedom or Death - created by CorneliaMladenova 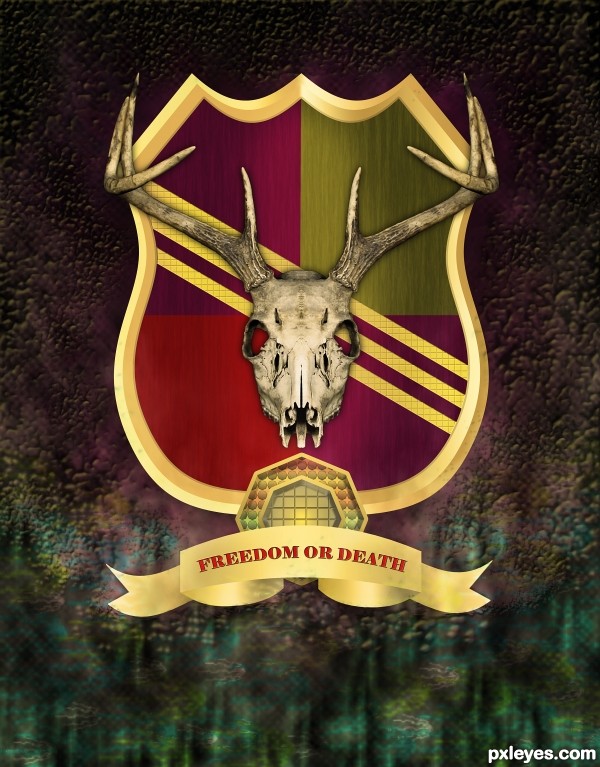 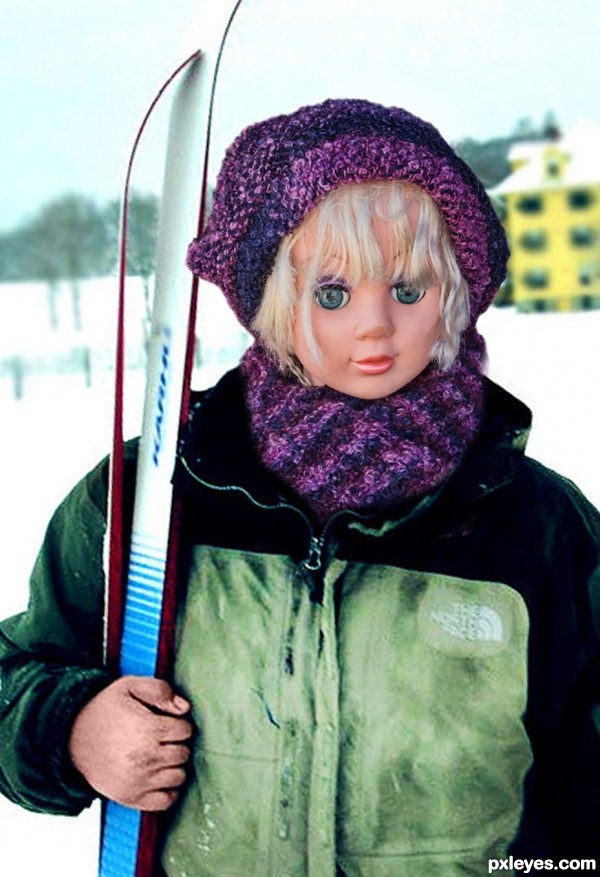 A Trench Coat of Ego - created by Drivenslush 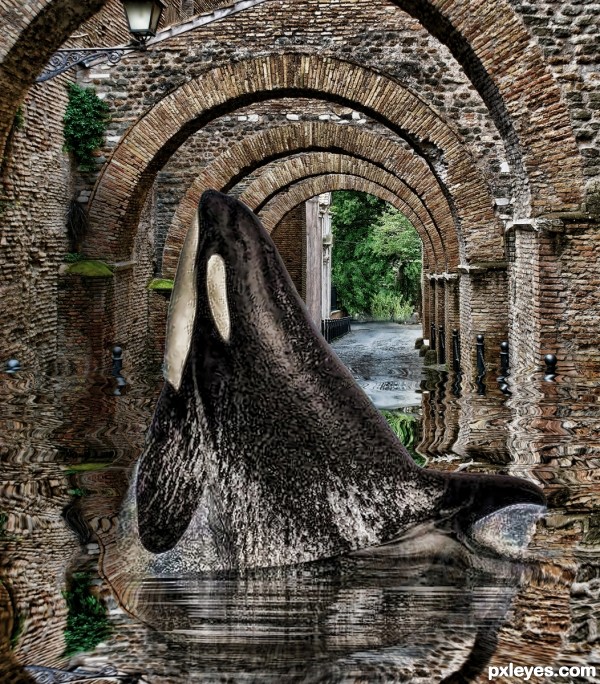 I like the idea of the image author, can I suggest one thing though, I would have removed the background beyond the tunnel and continued to use the JUMP Whale image. It would give the photo some more depth as well as add the doubt that the tunnel really could be in that position. At the moment the water just seems to stop which tells me the water isn't deep enough for the whale, again adding the ocean in the background would have changed the illusion

Goodluck anyway, it was a good idea

Nothing can be done now because the submit/edit entry button has been taken away, (and I was trying to make the whale look more trapped) but I see what you are saying, thanks