Colosseo and the moon - created by patty 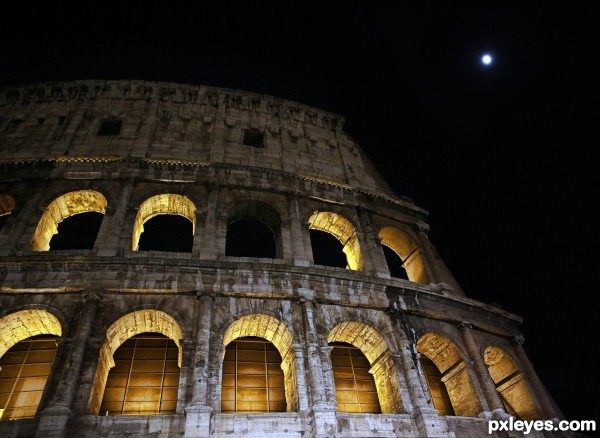 Love the light and shadow work. Color and contrast are lovely! 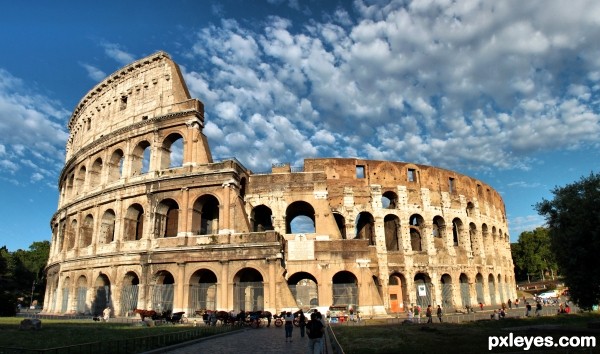 Author, I really think it would help if you up load sbs. 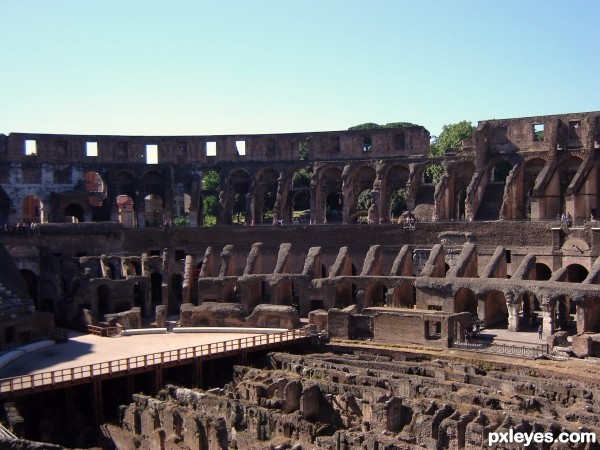 The Roman Colosseo, aged 1939 years, is one of those monuments that just throw you back in history. I love looking at people who first see it: big eyes, open mouth and an â€œOh my God!â€ sigh.
It is the biggest Roman amphitheatre. Actually it represented part of the common strategy* of Roman emperors to offer their citizens â€œpanem et circensesâ€. In other words, give people bread and games and youâ€™ll avoid problems. If they wanted to save their lives, gladiators were forced to fight other slaves or ferocious beasts in front of an the audience of the 50,000 persons the Colosseo could contain. Incredible engineering techniques were used to surprise the audience. Just imagine the 80 elevators used to let gladiators and animals reach the scene at the same time. Just think of how many people had to pull the ropes so as to lift each elevator and the perfect direction needed for suchâ€¦ live shows.
I must not forget to tell you the monument was as high as a 17 floor building: 52 metres.

* I would say this strategy did not change a lot from the year 72 until our daysâ€¦ :-)

Interresting picture.
It's not your fault but I imagine that with a more cloudy sky it would have been more powerful.

In Summer you can get clouds only if you draw them on the sky yourself...

I've always wanted to see the reminders of the Roman empire. I'll get there someday. Thanks for the shot

kyricom when you come to Rome, do tell me, I'll arrange a free day to show you some special, out of the crowd places 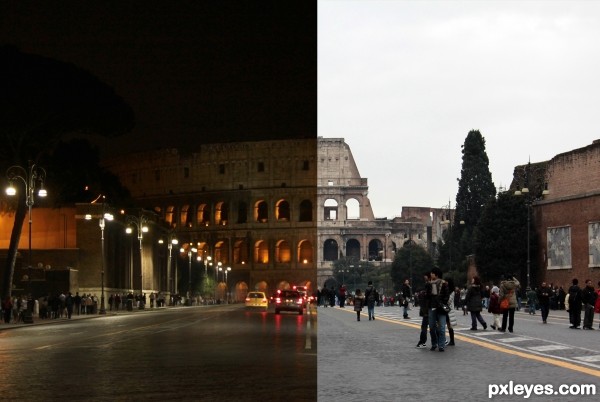 This is truly awesome!

A really great shot; was it posed or were you just speedy on the taking?

Thanks all for nice comments

@barracuda: I noticed the reflection into the lens and I asked him to take a picture

I've got to say this is an absolutely beautiful shot, I don't know what about it appeals to me so much but I keep coming back to it! Superb work author!

Congrats for your first place, Patty!