Home » Blog » Gimp
GIMP is a fine replacement for Adobe Photoshop, especially if you have limited financial resources. Its main purpose is to help with the image retouching and editing, freely available for several popular platforms. For those who have a passion or pure need of a free editing software, we strongly recommend GIMP, along with 40 of the best tutorials listed in this post, to get you started, learn more, practice and turn into a pro. It doesn’t matter if you are a beginner, of intermediate or advanced level, these 40 tutorials, both video and written, will help you gain and improve new skills in the matter of digital photomanipulations. Master GIMP, master the digital art secrets! 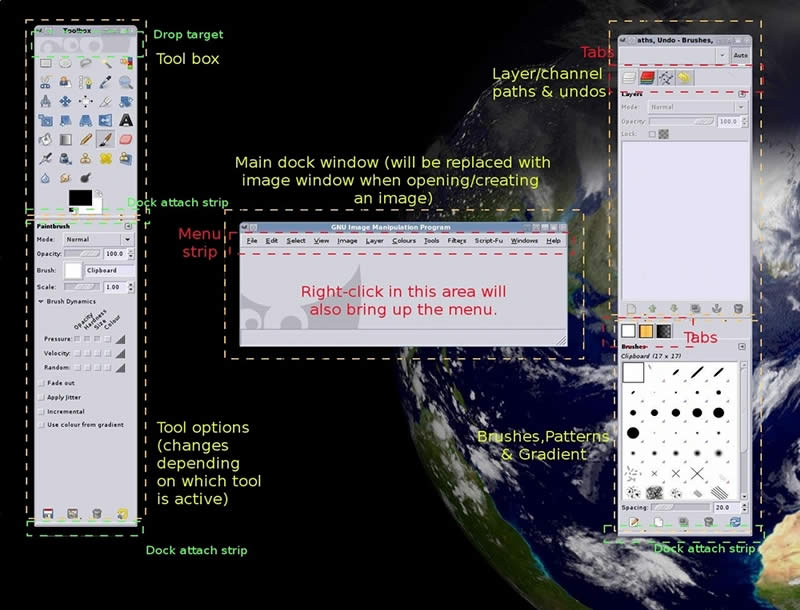 So you have just started with GIMP, and now you are completely lost as to what to do next? There are windows and buttons everywhere and nothing makes sense? If so, this is the tutorial for you. The idea is for you to get going with a quick run-through of setting up a vanilla install of GIMP, followed by you doing your first little image in the program. From then on you can head on to more advanced tutorials, all of which often assumes you know the basics. Whereas this tutorial is mainly aimed at complete newbies in GIMP (and to computer graphics in general), also veteran users might find a useful tidbit or two.

This is a short video tutorial about selective decolorization using The Gimp image editor. In other words: You will learn how to change certain objects of a colored image into black and white.

This is a very accessible video tutorial on how to use the most practical and powerful colour/contrast tool in the GIMP!

Adding life into a Flat Photograph 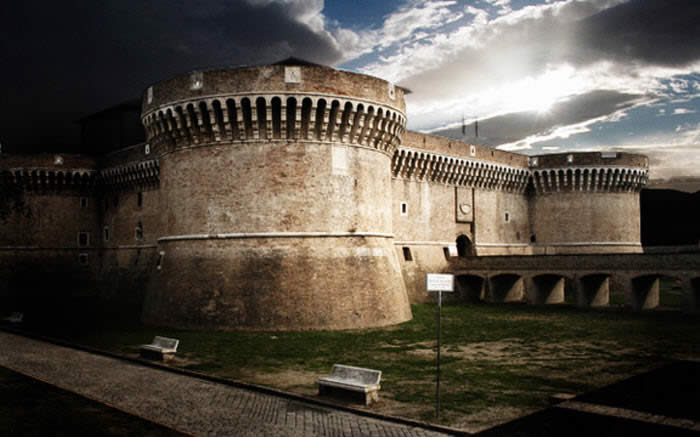 This is a photomanipulation tutorial for the GIMP. We take a plain lifeless image and we teach you how to modify it and transform it into something dramatic. You’ll love this, as the tutorial is easy to follow and it can be applied to a wide range of photos. 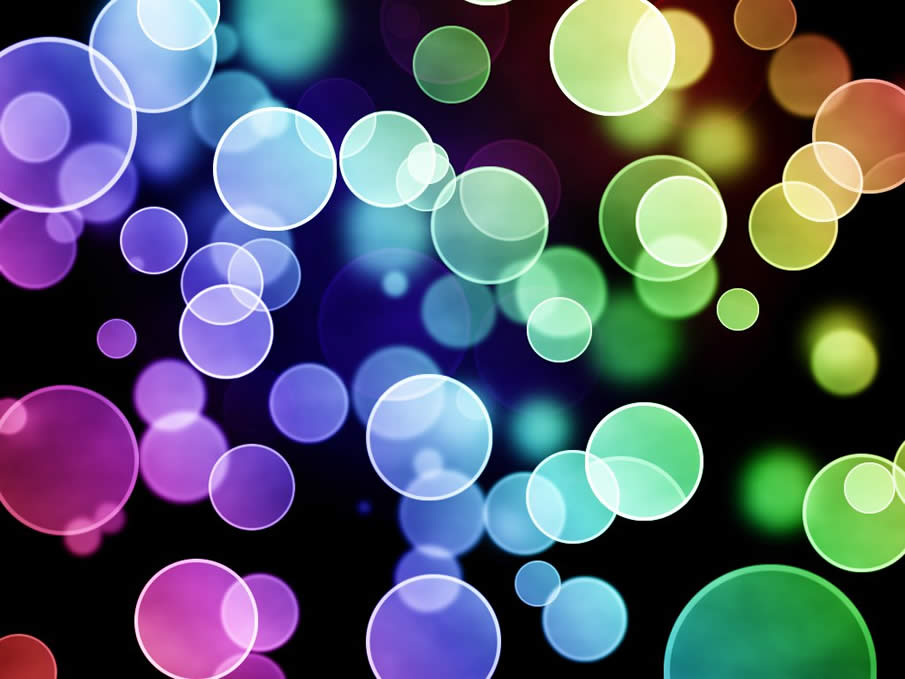 Have fun with this tutorial on how to create a cool and colorful looking bokeh digital effect. Perfect for beginners and a lot of fun!

This should help you remove unwanted colour casts from your photos and make you favourite pictures actually evoke the memories of your favourite scenes! This technique is more an art than a science – open up curves and play around with it…it’s the best way to experiment.

Reducing CCD Noise with The GIMP 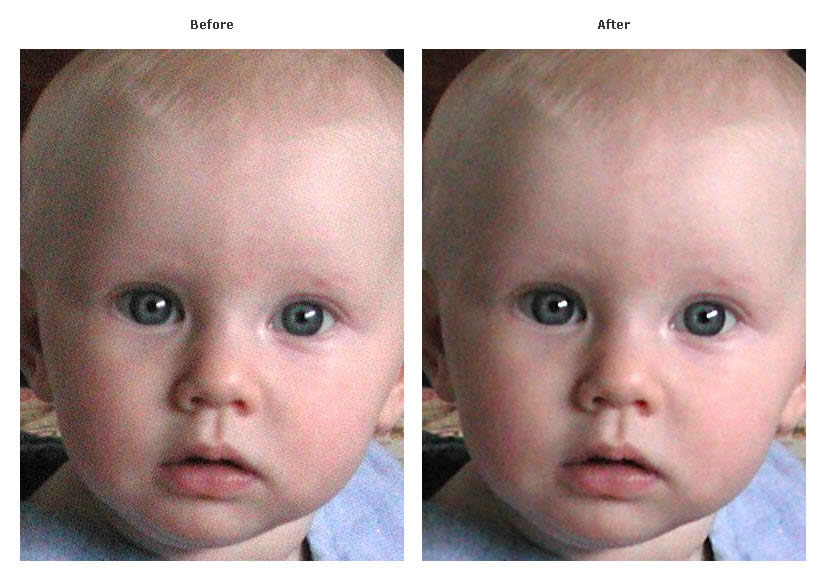 Images captured by a CCD or CMOS imaging chip will often have some noise present. This noise typically can be seen as RGB “flecks”, especially noticable in the in the shadow areas of an image. The red and blue channels are especially susceptible. Higher ISO settings and higher ambient temperatures increase the likelihood of acquiring this noise along with your image. If you find it necessary to shoot with a higher ISO and you find that you have an unpleasant amount of noise in your image, this tutorial will help you improve the image. This technique also helps deal with with film grain from traditional photography that is uncovered by high-resolution scanning.

Simulating Fog with The GIMP

This is a relatively simple tutorial, targeted at beginners. We will teach you how to create clouds or fog, for early mornings in a fishing boat.

The Basics: Introduction and Exercising

This is a GIMP tutorial that demonstrates how to make a shiny glossy button that looks like glass. This GIMP 2.6 tutorial is great for beginners and the tips and tricks shown can be useful for a variety of applications.

Replacing a Background with The GIMP 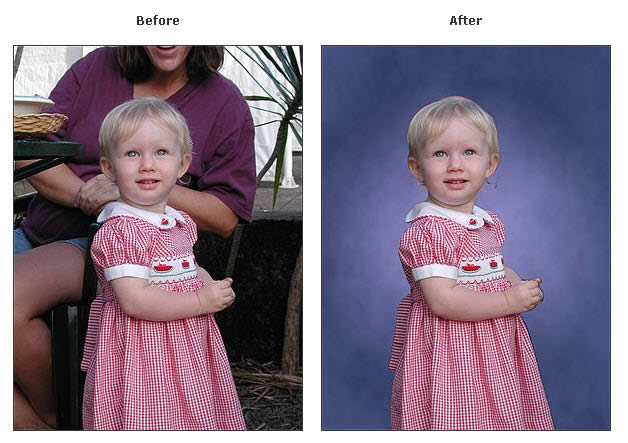 A nice little tutorial for beginners: how to change the background of an image. There are not many steps needed, but the result is truly efficient.

How to Change Eye Colour

Hey guys! This video toturial will show us how to change the eye colour in GIMP. This is a request of many people and one of the first things to learn when starting with a digital and photomanipulation software.

Getting Around in GIMP – Adjusting Levels 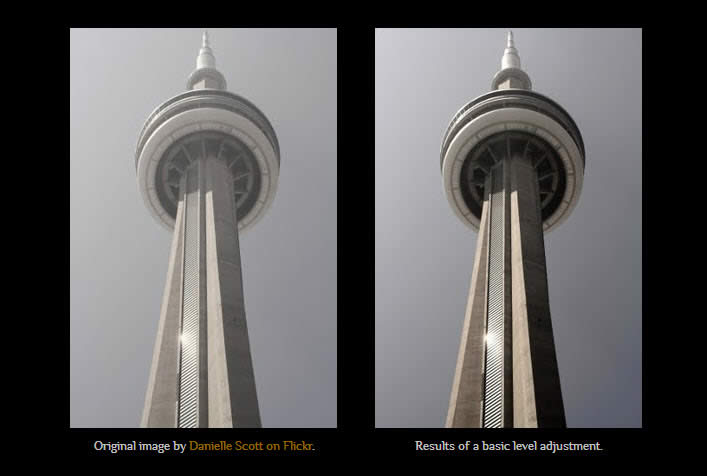 This beginners tutorial will teach you the basic knowledge you need to have about levels in the GIMP. We shall talk about input, output and auto pick levels.

How to Apply a Comic Book Effect to Any Photo

This easy to follow GIMP video tutorial will show you how to create a comic book effect for any normal picture. The final result is really fun to see and you can surprise your friends any time with a different type of portrait!

Want to make a cool and differently looking fruit? This is the perfect tutorial for you: we shall make a killer apple! As some knowledge of GIMP is needed, we recommend this tutorial for the intermediate level users.

How to Make Burnt Crumpled Paper

This is a tutorial about how to make old burnt paper in the visual editing software Gimp. The tools in this video will also work in other programs such as Photoshop. It is relatively quick and easy to do, and even though it is made from scratch, it looks very realistic and genuine.

How to Make a Grungy Wallpaper

Here’s a cool video tutorial on how to make an awesome grunge wallpaper in Gimp. We’ll look into some typography effects and the result will have a great impact and look seriously cool on your desktop!

How to Age a Photo

If you want to make a photo look way older than it really is, you should first be careful what you pick. A yacht is kind of hard to make look old, no matter how good your technique is. About these techniques we will learn today, in this intermediate level tutorial.

How to Make Multples of Yourself

Here is a short video tutorial on using the layer mask in the GIMP. I will be showing you how to make “multiples” of yourself or anyone else. Just for fun! 🙂

How to Create a Watermark as a New Brush

This is a video tutorial that covers how to make a watermark a new brush. It will be saved in the GIMP program files so you can use it multiple times, unlike the clipboard brush. 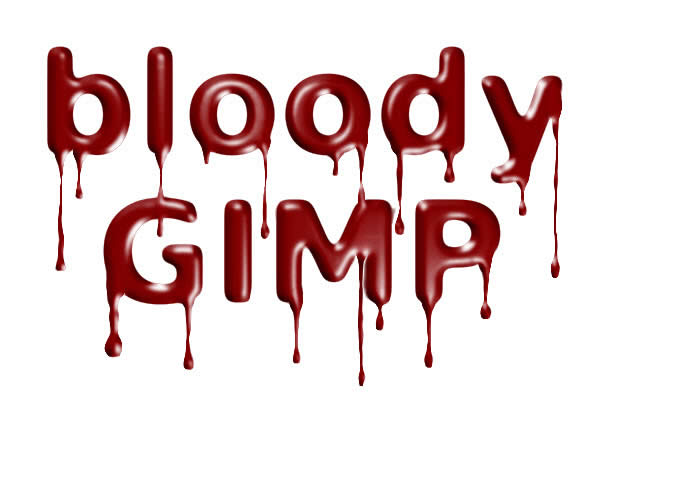 In this tutorial we will show you how you can liquify/smelt text or other graphical objects, in order to achieve a cool looking effect. We are going to demonstrate this by creating a blood leaking text.

Hey guys! This is the video tutorial that shows you how to create a cool looking “Pirates of Carribean” text effect. Hope you enjoy it!

How to Make a Globe/Planet Photo Manipulation 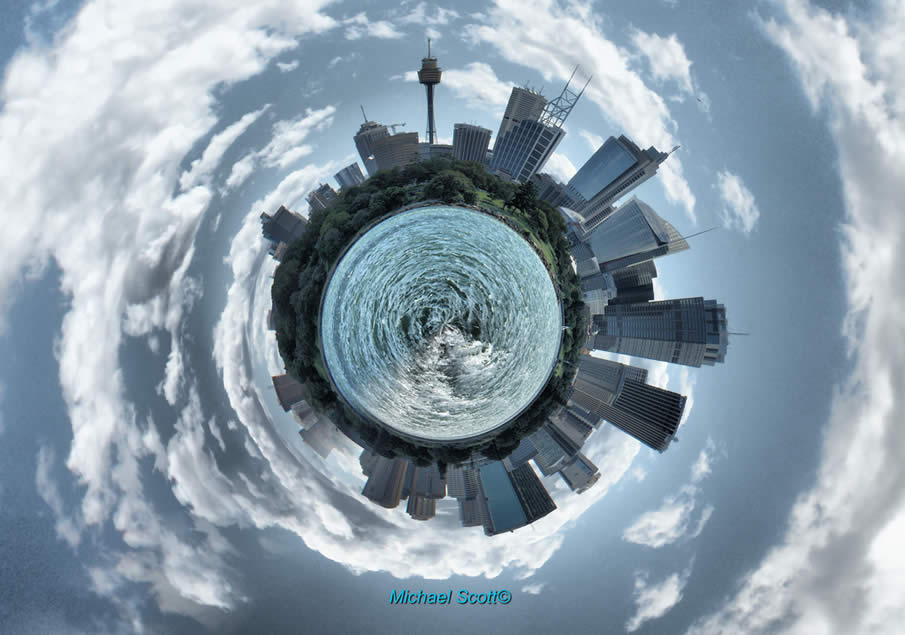 In this tutorial we will teach you how to create a special photomanipulation, called a stereographic projection. This one takes a standard photograph and stretches it around in a circle creating a Globe or Planet like image!

A Folded and Cut Papercraft or Scrapbook Style Heading

For this tutorial, basic GIMP knowledge is assumed, as we will show you how to create a really cool text effect. The Wired Magazine had a similar headline in September 2008 and looked really awesome! Time to learn how to do that for yourself, with the GIMP. 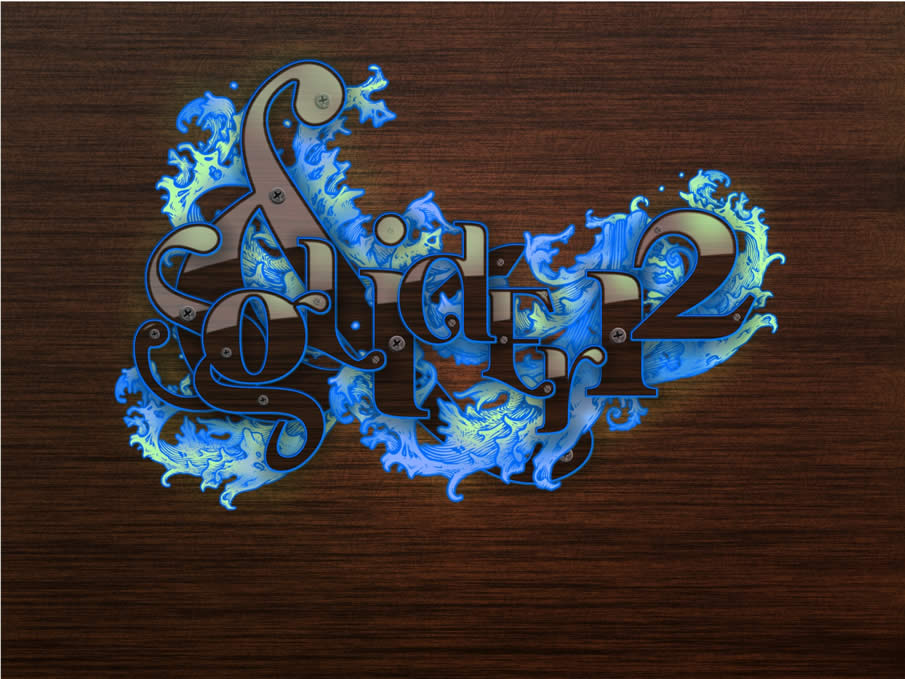 Let’s learn how to create a richly ornate typographic illustration with the GIMP. We’ll be using a few ornate pattern freebies from GoMedia, a few stock photos, and a few textures. So let’s get started!

Create a Surreal Piece of Art 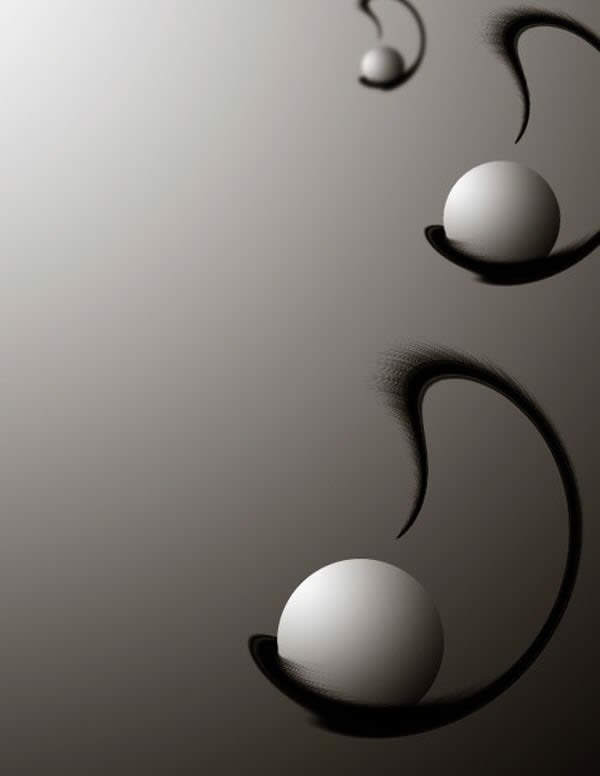 This tutorial is directed towards beginners-intermediates and thus will go into significant detail on how to accomplish each step. This tutorial was made specifically for Gimp 2.6.4.

This intermediate level video tutorial will teach you how to change the hair color in a few easy steps, using GIMP a photo editing software. This is, basically, a free alternative to Photoshop.

How to Easily Make a 3D Text

Learn how to make a nice looking 3D text with minimal effort! This GIMP video tutorial will show you exactly what you need to do. It’s pretty easy, let’s have a look!

This is an intermediate to advanced level GIMP tutorial, that will teach you, step by step, how to create a really great looking piece of text! It can be used as a background image, placed on a website you have or in any other creative way that crosses your mind!

Undress a Giraffe in GIMP 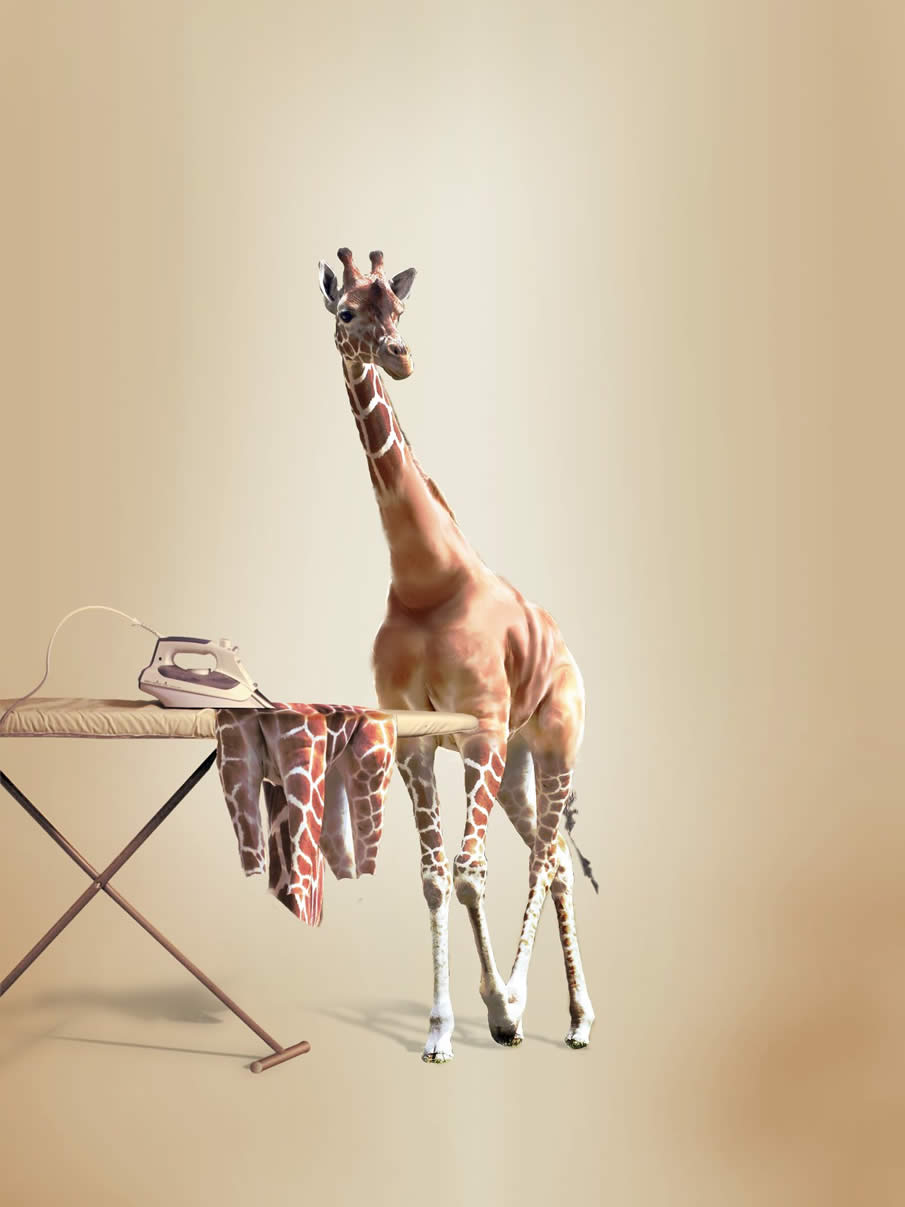 Today’s tutorial will cover how to use GIMP or GNU Image Manipulation Program for undressing a giraffe. The final result is really cool and humorous. Pay attention to the steps and details, as this is an advanced level tutorial!

How to Make a Cool Desktop Background

This video tutorial covers the making of a cool 2012 explosion desktop background. It is for intermediate to advanced user of GIMP, so you have to pay attention to the detailed steps presented. 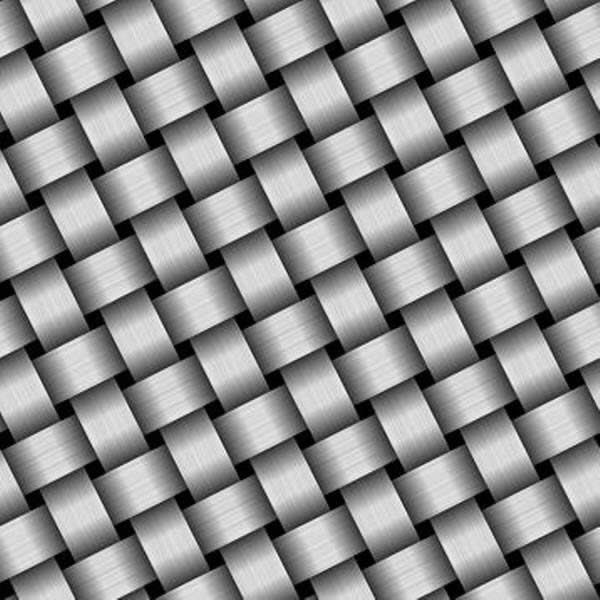 The following tutorial shows how to make tileable stripe patterns. This is a little more complicated than the stripes pattern and requires a bit more math, but the result is worth allthe efforts!

How to Create an Advanced Orb 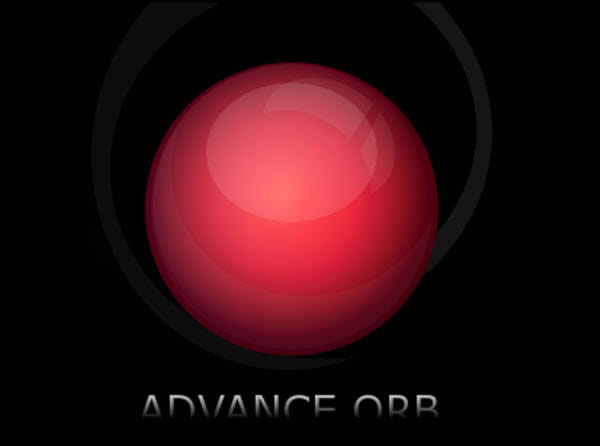 This GIMP tutorial is meant for intermediate and above users, but never the less we advise beginners to give it a try, since we do our best to explain the steps in detail. You really need to see the end results to appreciate this tutorial!

This is a GIMP video tutorial targeted at advanced users. We shall create two versions of web signatures, but of course, you can make your own design. The actions taken are written, so you can follow better. At least beginner to intermediate GIMP skills are assumed.

How to Make a Disintegration Effect

This is a pretty easy (for experienced users), but time consuming tutorial on how to make a vaporization like effect that would also look great in signatures. Try it yourself! 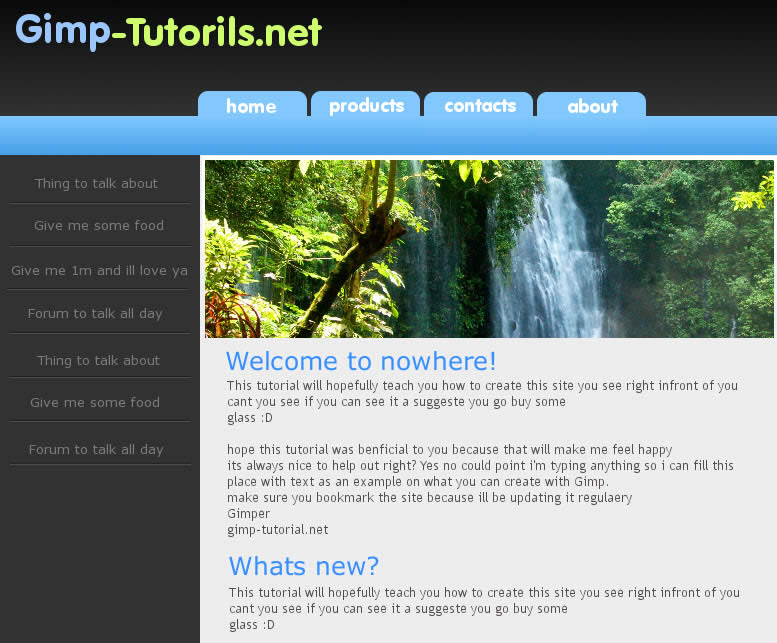 Even if it is an open source on the web, GIMP can be a very useful tool for several types of projects. Today’s tutorial stops at how to create a neat looking webpage, using the before mentioned software. 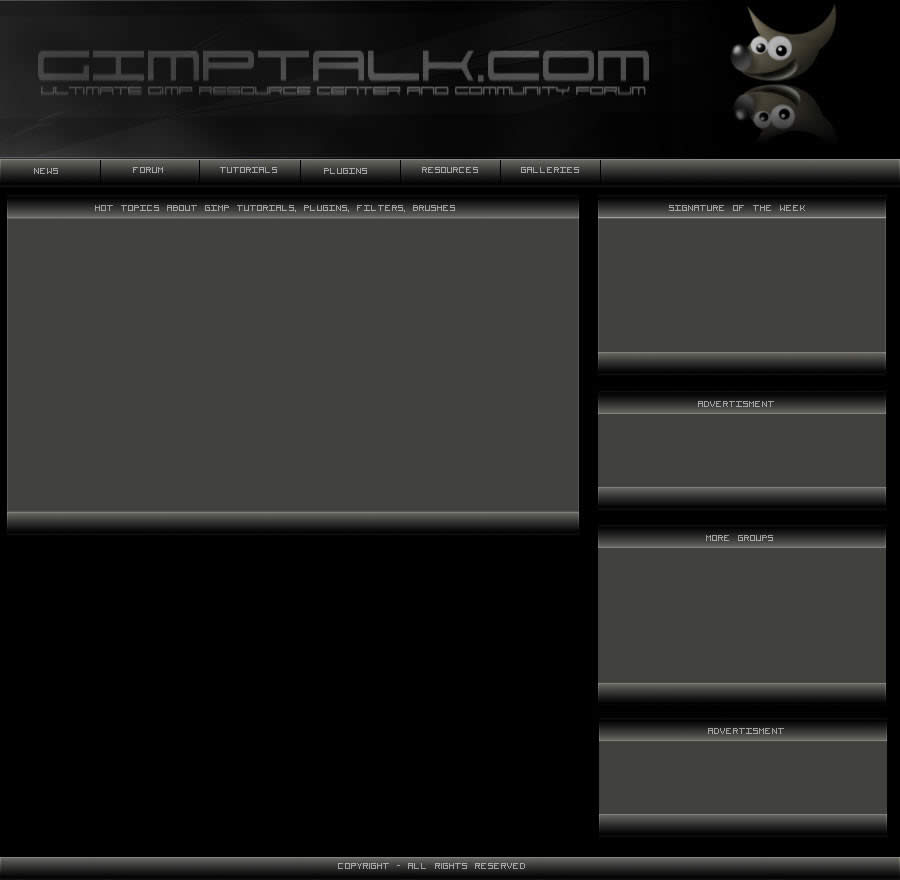 All in one tutorial: design your layout with Gimp, slice it and code it. A very useful lesson for advance level users. Check out the final result!

In this advanced GIMP video tutorial we’ll teach you how to create a cool looking YouTube background. Stay close and try it yourself, the result is definitely worth it!

Let a Photo Flow into the Camera

Let a photo flow into the camera! This is an advanced but easy to follow image manipulation tutorial in GIMP. After following this GIMP tutorial you’ll know how to use the rotate tool, the perspective tool and the scale tool. 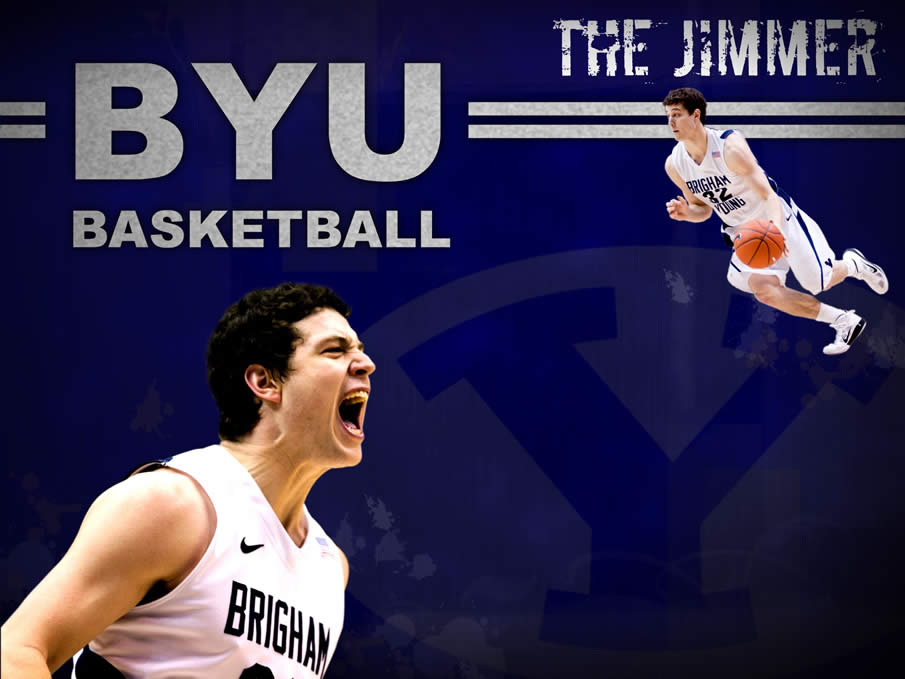 Jimmer Fredette has been a Utah celebrity for a while now, but has slowly worked his way into the national spotlight. We thought it would be fun to show everyone how to use the Gimp to do a Jimmer wallpaper. These concepts can be used for any celebrity wallpaper you may want to do.

Go to our GIMP Tutorial Directory or check out our GIMP Video Tutorials!

Giulia is a 25 year old girl from Romania. She runs a blog dedicated to cute animals on furrytalk.com. She's also an amateur photographer and has a passion for Photoshop.