8 Common CSS Mistakes and How to Fix Them

Home » Blog » CSS
CSS has the distinction of being one of a handful of web technologies that newcomers tend to learn by doing. The reason for this is that CSS is not seen as something as large or as serious as a programming language like C# or Python, but rather as a tool to be used “just in time”, without paying attention to best practices. The result of this treatment is that quite a few web designers attain an incomplete knowledge of CSS and its problems, leading to broken layouts and hours of fruitless debugging. Here are the eight most common mistakes that web designers of all experience levels commit.

1. Not Reading the Specifications 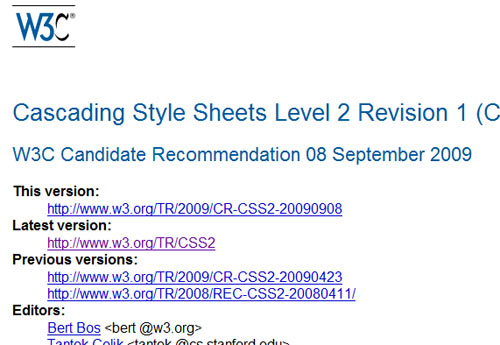 The W3C CSS 2.1 spec is, at the moment, the only document to fully lay out all of the features of CSS in any detail. Most of it is dry, but thankfully it’s short with a lot of useful parts. Often when designers try to explain a particular feature of CSS to each other, they get a few things wrong. It’s a better idea to refer to the standard when something is unclear. Here are a few pages in the standard that are particularly useful: The standard is constantly changing and it’s important to keep up with it. With the coming browser support of CSS3, not knowing the formal basics of CSS2 will be a major disadvantage for web designers. 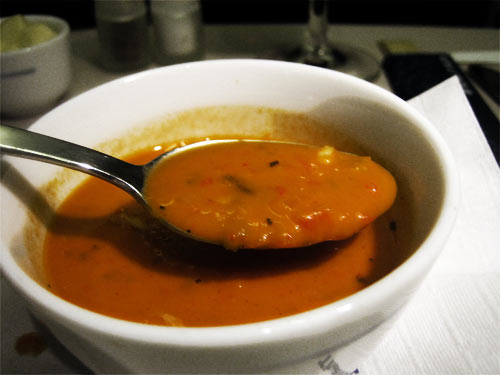 The gravest sin of the newbie CSS designer is DIV soup. This is what happens when there are way too many DIVs in the markup to achieve a certain (sometimes simple) effect. Recent table-to-CSS converts often use DIV tags as if they were table cells, when such use is unwarranted and pollutes the markup. DIV soup creates very real problems: pages load slower, DOM parsing is slower, more CSS needs to be written, and the code becomes less maintainable. With the advent of modern CMSs, DIV soup becomes inherent in the system, since a component that uses too many DIVs might be replicated quite a few times on the same page. 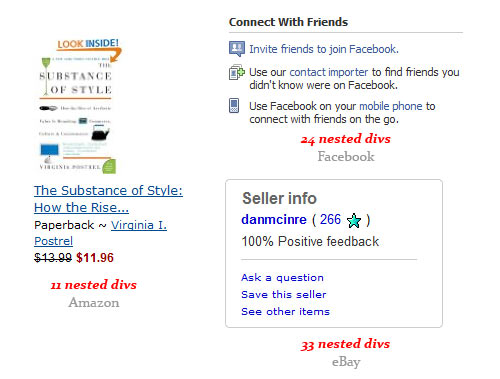 Motivation for DIV soup appears to come from a basic misunderstanding of how stylesheets cascade. For example, a designer might create 3 nested DIVs and apply a particular style for each DIV, say a background-color on the first, margin and padding on the second, and font-size on the third. What the designer doesn’t realize is that, unless this structure is absolutely necessary due to surrounding elements, all of these properties can be combined and used on only one DIV. Another reason for DIV soup appears to be the desire to use DIV tags in place of more appropriate tags like H1/H2/H3, or UL/OL and LI. This practice should also be avoided as it creates problems for people using screen readers, older browsers, or mobile browsers.

This is a common problem with CSS designers who haven’t quite mastered the logical side of CSS layouts. To clarify: IDs are for one item and classes are for many items. Think of it as a distinction between your identity and the city you live in.  An ID is “John Q. Smith,” but a class is “Metropolis, USA.” There are many other people who live in Metropolis, USA, and they are all subject to the same rules as you, such as taxes and other laws. But John Q. Smith is a unique individual and only a very small set of rules applies to him, such as his weight and his height. However, don’t make every collection of elements an excuse to slap a CLASS attribute on them. This, again, is related to understanding how stylesheets cascade. If you can wrap a collection of elements in a unique ID, you no longer need all the CLASS attributes inside. This saves bandwidth and development time. 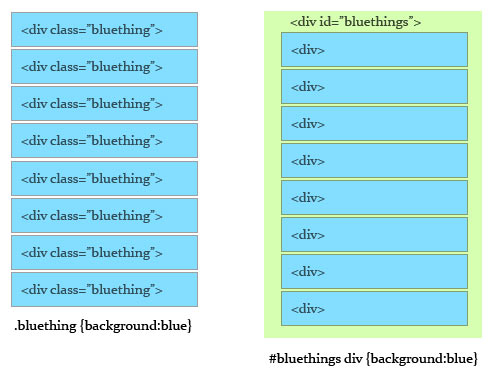 I still see pages that dutifully declare border widths the long way, with border-left-width, border-right-width, border-top-width, and border-bottom-width. Reading that list is hard work enough, but writing it and maintaining it is doubly inconvenient. CSS designers should learn immediately how to reduce the typing necessary to style elements. The most important pattern is that for widths. You’ll see this pattern repeated in other properties, so learning it is important. It goes as follows: top, right, bottom left. You can think of it as going clockwise starting from the top. What this pattern means is that when you specify units in shorthand, they’ll be applied to the top side first, followed by the right side, the bottom side, and finally the left side. You’ll note that in the above example, the width for all the borders is the same. There’s shorthand for this situation as well. Simply write border-width:1px to assign a 1 pixel border to all border sides. What if you have border widths that are the same on opposite sides, e.g. 1px on top and bottom and 2px on left and right? No problem, there’s a shorthand for that, too: border-width: 1px 2px, that is top/bottom first, then left/right. Finally, there’s shorthand for almost all declarations. Here’s a short list, more can be found here and here:

Web browsers were designed to handle almost any written mess one might call their web page. Tags closed in the wrong places, tags not closed at all, tags closed but never opened, the list goes on. It’s safe to say that if you’re not particularly up to speed on best practices in HTML and CSS, browsers will attempt to accommodate whatever markup you write. That’s not to say you should deliberately avoid learning best practices, since different browsers will render broken code differently, leading to many headaches later on. One best practice you should immediately adopt, however, is the declaration of a DOCTYPE. In the bad old days of HTML 4, you had to choose between a strict doctype, a transitional doctype, or something entirely different. Fortunately, browsers from IE6 and up understand the new HTML5 doctype. What the declaration of this doctype does is it throws the browser into standards mode, as opposed to quirks mode, which brings to light any and all lurking bugs in your CSS, instead of accommodating them.  The doctype is very easy to declare, just remember to put the following as the very first line of your HTML: That’s it. This pithy line makes your HTML at once future-proof and past-proof. Make it a habit to always declare a doctype first.

6. Improper Use of Units

Font sizes shouldn’t be declared in pixels. We’re all guilty of this (yours truly included), mostly because of old habits from the tables era, where “pixel-perfect” meant “it looks good on 1024×768.” Though 1024x is still the most common resolution, wider widths and taller heights are becoming the norm across the world. This means that people are increasingly looking at smaller text on larger screens. I think most designers would agree that a huge part of web design is typography, but in modern times, function trumps form. Text can be, and should be, resizeable, since reading 10px Verdana on a 1920x screen is not only painful, it’s time-consuming. The solution to this problem? Declare your font sizes using the em unit, as in font-size:1.2em. This means that the font size of a particular element is 1.2 times the default font size, which is 16 pixels in Firefox and Internet Explorer. A very important benefit of this practice is that your entire site’s font size can be increased by simply changing the BODY tag’s (or any other container tag’s) font-size property. Doing this with pixel sizes is impossible, unless one uses the zoom function of the browser. Font sizes should also not be declared in points (pt), centimeters (cm), or any other unit best left for the print stylesheet. Avoid percents, since 1em is functionally equivalent to 100%, yet the latter takes up more room and has its own quirks.

Stop writing <div style=”clear:both”></div>. Furthermore, stop writing that convoluted mess element:after {content:”.”;clear:both;visibility:hidden;height:0;display:block}. These are hacks, not best practices. Start using overflow:hidden on container elements ASAP, since this is the simplest way of clearing floats. Here’s all the code you’ll ever need: That last part isn’t necessary in most cases. Sometimes, IE6 will annoyingly clip the containing element at some arbitrary position, at which point you’ll have to use the hack, but with IE6 being phased out, you will almost certainly never have to worry about this. For more information as to why overflow:hidden has this magic power, read the CSS standard page on block formatting contexts. 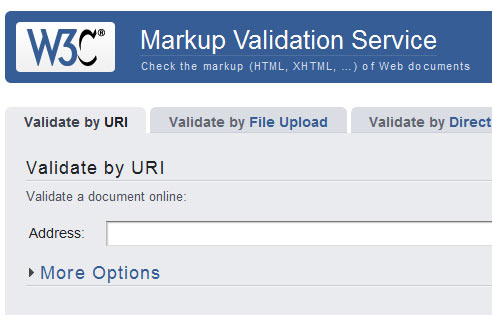 Thankfully, this mistake has been disappearing from the web designer community as more and more people have become standards-conscious and are proud to state that their sites validate. Unfortunately, the rest of the web has yet to realize that invalid markup means more work later on. Here’s a prime selection: CNN.com has 65 errors, Amazon.com has 1228 errors, and that’s just HTML! The CSS validator catches 70 errors for CNN.com and 20 errors for Amazon.com. Though a few of these errors are excusable (non-standard CSS3 features like rounded corners), most of them are strange and out-of-place at large, corporate sites. Make sure you always validate your pages using both the HTML validator and the CSS validator.